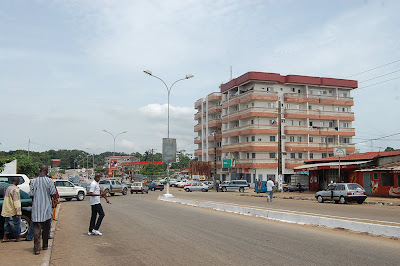 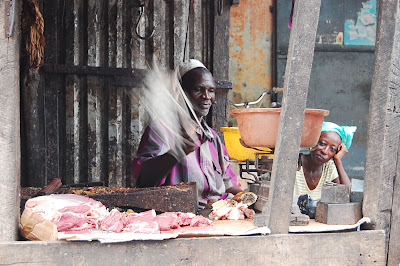 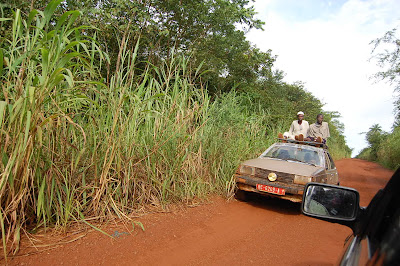 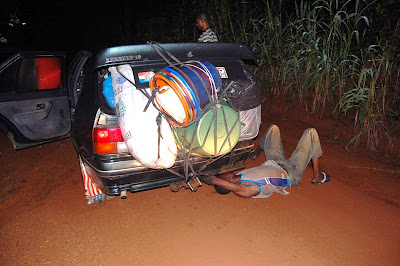 The third day and I am back on the road. A slight misunderstanding and language barrier, I mistakenly took the wrong vehicle finding myself in Conakry. Luckily for me I met a man that speaks krio and he said this is Bambeto and not Coyah; at the other said you will smell the ocean and the huge structure of the U.S. Embassy. Had in not been the intervention of Rafiou Jalloh, I wonder what it would have been like for me in this strange place. He helped me board the right cab to a place called Madina where I got a vehicle heading straight to Pamalap which is the border town between Sierra Leone and Guinea.

While waiting for another three hours in this noisy park, I noticed an old man selling meat with tons of flies on it. Every minute he kept shaking a piece of cloth to scare the flies off his meat. Soon it was all sold, including the intestine, which I conclude he was giving as a bonus, so it is here in Sierra Leone.

Later that evening, we were off again on the road leading to Salone. Five of us at the back seat; a sitting place actually meant for three. The driver sharing his seat with another making it four in front. His left arm way out of the windows as he struggles to control the steering. The roads are like "In the pond, out of the Pond". Several wrecks on the road and every time he has to go under the car to fix something.