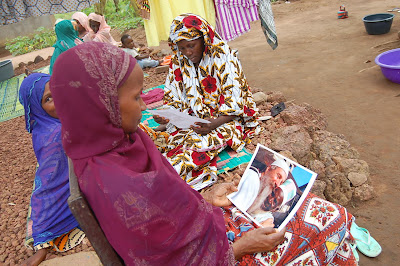 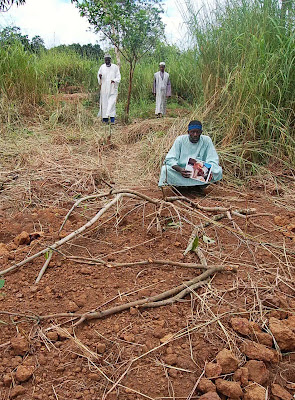 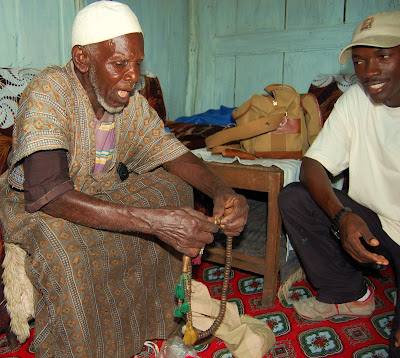 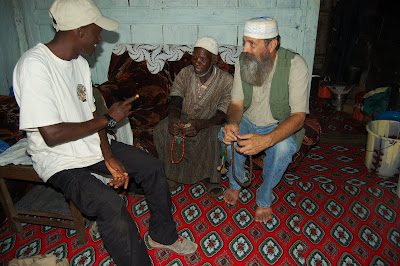 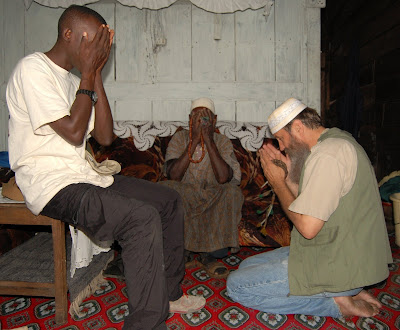 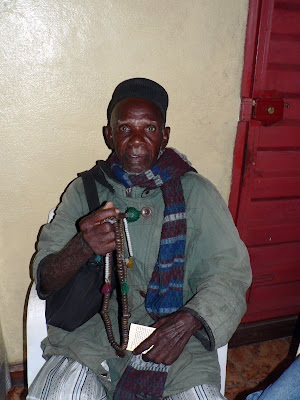 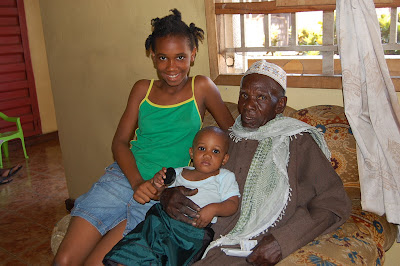 After few weeks of the grand school opening ceremony in Kabala, NHA was greeted with several hiccups starting with the sorrowful death of baby Bangura in her mother's womb, and then the loss of our best friend Pa Barrie. I choose calling him
''THE PRAYER WARRIOR".

When this news broke up last Monday morning, it took us a moment to handle it. This holy man was everything you could think of. He was Poor, simple, honest and he was prayer. Due to some family reasons, Pa Barrie Was relocated to Kindia town which is in the northern part of Guinea by his eldest son. It is common in Africa that parents who always gets ill, weak or tired of working are sent to the village to rest and die. This was what happened in the first place and Pa Barrie had no choice but to go back home. We tried to convince him to stay but that he said he will do later.

On hearing the news of Mama Vicki and Father's presence in Sierra Leone, Pa Barrie wasted no time in making yet another trip in the broken roads and bridges linking Sierra Leone and neighbouring Guinea. Old and ill as he was, Pa Barrie managed it to see us all spending two odd days to reach Freetown.

It was a big reunion for him to be with us again. Fr. Just can't believe it when i told him that Pa Barrie's daughter called to tell me that the old man is here to see him before he returns to America. With no time wasted, we changed plans and went straight to the old man's house at Krootown Road. And then the interpretation started again between him and Fr. Seraphim. You can see the joy in him as he smiles to Father and as he kept looking at him every moment, rolling over his beads every second without even looking at them. Like Father always does, you will never see Pa Barrie idle, his hands always has a job to do with his beads. It's amazing seeing the two guys doing the same thing and at the same time. It must have started a long time ago, ordained by God.

I remember interpreting between him and father during this last visit. My mouth sometimes dry with over use of words. Father keen about learning more from this holy man, asking more questions on prayer as if he knew that Pa Barrie will soon be gone. Pa Barrie sick inside could not tell us how sick he was feeling inside. Maybe he thought he will be alright. He stressed about his desire to finish the month of fasting and then he will go on with more medical treatment. His desire and dream to see the holy land etc.

Looking at his medical papers, Mama Vicki gave him some Cipro and a full worm medication hoping this will help him out. We paid his way back and give him some pocket money for him to pack his stuffs and return back soon to Freetown. He has lost so much weight and looks thin inside but you could hardly tell he was here to say good bye.

On his way back to Guinea, Pa Barrie fell terribly ill. According to one of his relatives there, his desires was to better up, pack and return but his condition got so bad that he could not sit, eat nor walk out of the house. No chance for them to take him to the hospital, he soon lost his hands and legs and after several days his speech. Jaria his daughter who was here in Freetown was sent for to help him out. On arrival there, she called telling me about the seriousness of the illness and that Mama Marianna should go before it's too late. Plans were on for me to escort her to the village that way she won't go alone. Two days later we got the news that he is gone.

On his sick bed, Jaria was able to get few words from Pa Barrie. When Jaria mention of Fr. Seraphim, she said Pa Barrie smiled and was struggling to say something but his tongue could not let him. All he could do was pointing to his prayer beads as if asking Jaria to give them to father, followed by a long smile and tears in his eyes. Few minutes later that Sunday evening, he passed on to the other side of life leaving a legacy in the life of so many and more especially to father Seraphim who always sees Pa Barrie as a holy man.

MAY HIS SOUL REST IN PERFECT PEACE AND MAY LIFE PERPETUAL ALWAYS SHINE ON HIM. AMEN.

To see the photo web album of Pa Barrie, his family, etc. click on the link at the right side bar of this blog (under VISIT OUR OTHER LINKS) and be sure to view in Slide Show Option.

As with any pictures on this blog; click on any photo above to enlarge it.
Posted by Vicki at 8:19 PM