Waking up in Freetown

Early mornings are pretty routine for Fr. Seraphim and I at St. Laurence House in Freetown. Although Fr. Seraphim has already had his shower and begun his first Prayer Office by this time, I am wakened early by the Minarets' call to prayer from the Mosque. Such a beautiful way to wake up, being called to pray as your first thought.

It is still dark, but the relentless howling and barking of the demon possessed dogs have finally stopped. 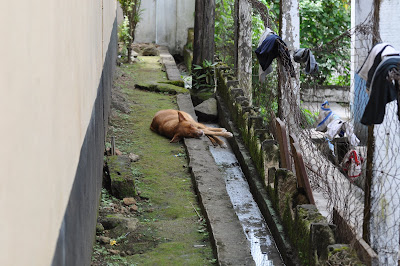 Simba settles down for a nap after a long night of guard duty over St. Laurence House.
Note: Simba is a great dog, and only barks in warning to his family he protects.
Flashlight in hand, I grab my toothbrush, knock the cockroaches off of it and head to the bathroom for a nice COLD shower. It's startling enough for the cold water to hit you first thing in the morning but even more unsettling when there is no electricity and you are showering by flashlight. T.I.A.*

For the most part, St. Laurence House lives at the level of the people around them. We don't have a generator, so when the city turns the electricity off, we use candles. When the tap water is turned off, we carry buckets long distances to gather our water. We have some updated equipment which enable us to do our work, but nothing to the extreme. However, the loss of the lights, the water, give you a better appreciation of what you do have. You learn quickly to not take anything for granted.

By now, the night sounds have subsided enough to hear the songbirds welcoming the morning. The comforting sound of the women sweeping the porches can be heard throughout the neighborhood. 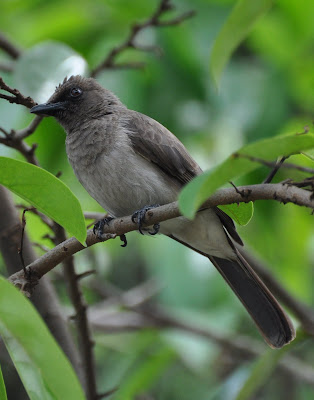 The bread is ready and we run down the street to buy our daily bread. 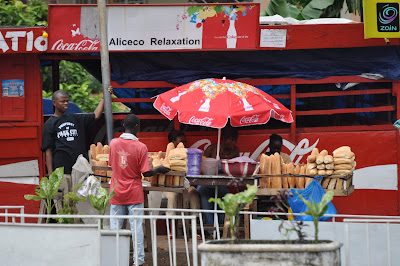 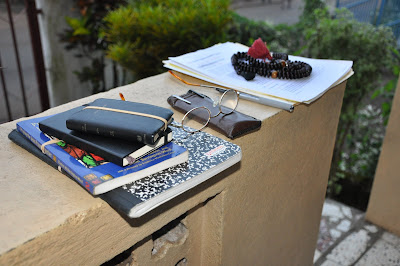 As the children get ready for school, Fr. Seraphim is now sitting on the porch, prayer beads in hand, praying over the people as they pass. He lines his "tools" up on the porch wall ...another day begins.

I have started the fire and am making coffee in the coffee press.

A woman driving by in a taxi spies Fr. Seraphim and wonders about his beads. She stops the driver and hops out "I have to know more about this man who prays". 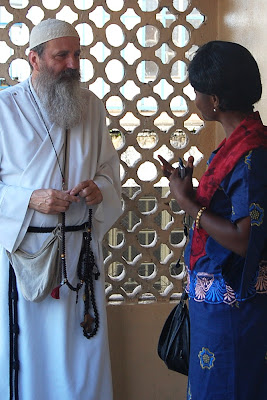 One by one the children leave for school. Each one stopping for their blessing. Lucy first ... 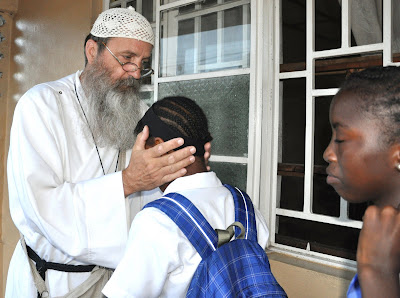 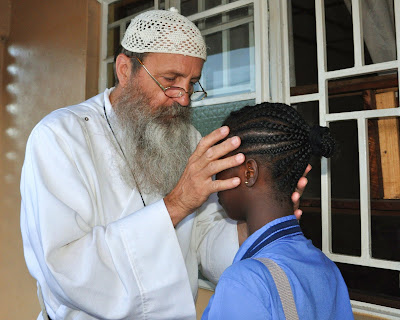 and now little Roo is of school age and joins in the morning routine, 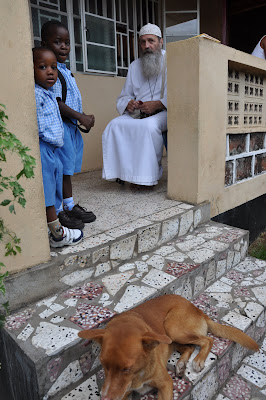 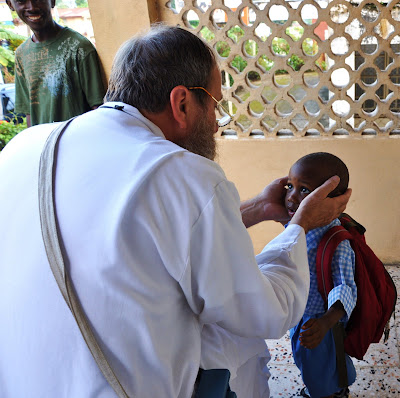 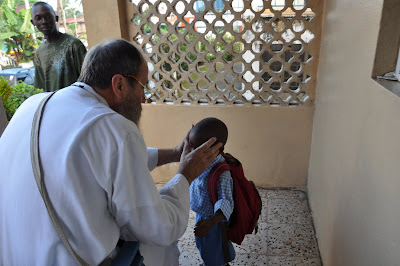 bathed in prayer, the children of the St. Laurence House are fully equipped for the day... and off they go... 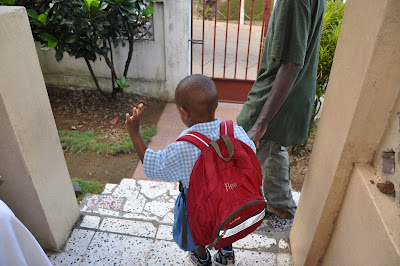 Simithe stops by on her way to work to enjoy some fellowship and coffee. 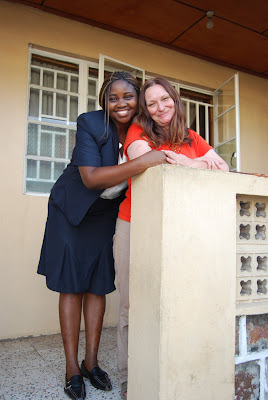 Before she leaves, she too, receives her morning blessing. 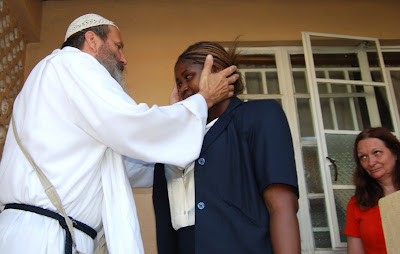 Its still very early in the morning and the streets are already becoming busy. Soon the streets will be overwhelmingly filled and Freetown will be fully activated.