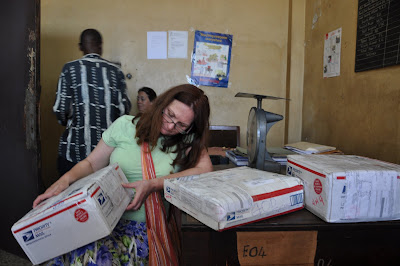 that I had sent from America arrived. 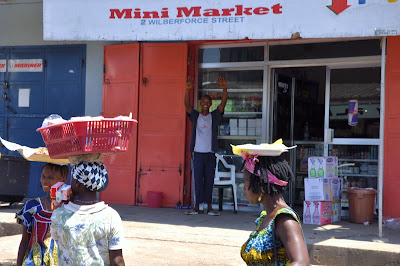 We were especially excited to get them in time for our medical drop to Kroo Bay Clinic. So, after receiving word that the packages were in, 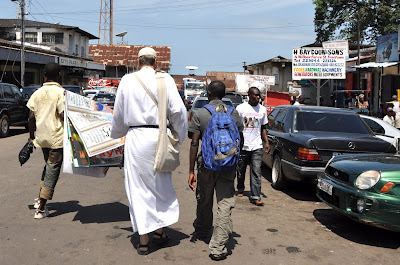 we began our trek through the city to SalonePost. 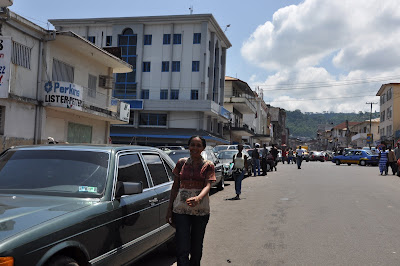 I examined the boxes well. 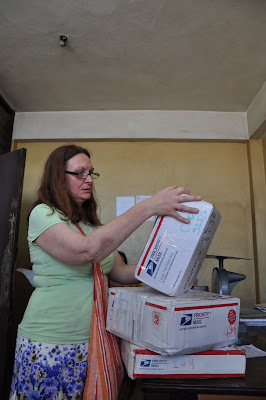 I was puzzled and didn't recognize the first boxes. 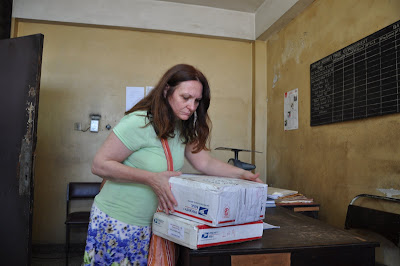 Only to find out that a couple of them were ones we counted lost from months before. Yippee, not lost after all! 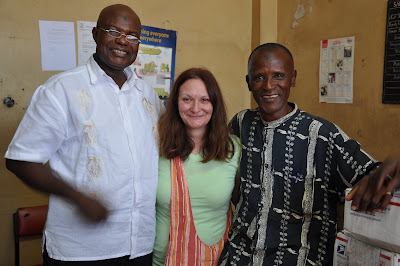 I congratulated the postal workers on the recent efficient job they were doing and asked them to keep up the good work. 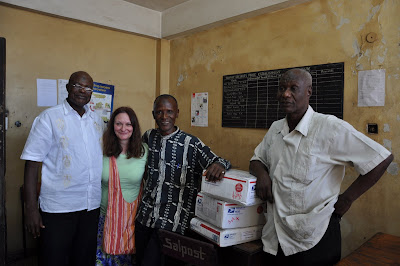 One of the workers helped us carry the packages to our car. 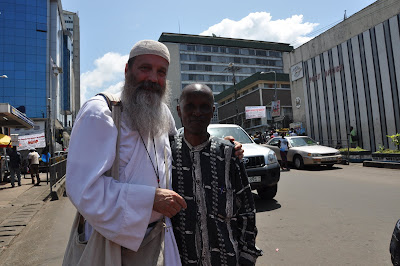 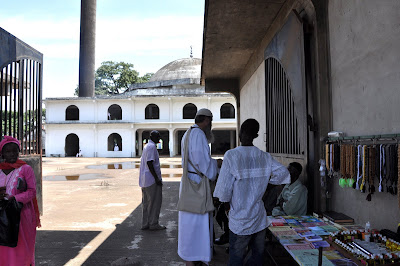 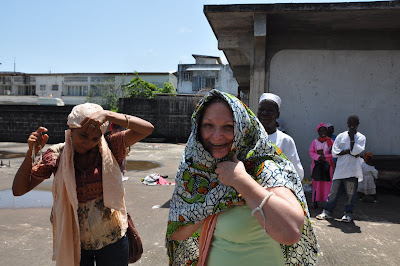 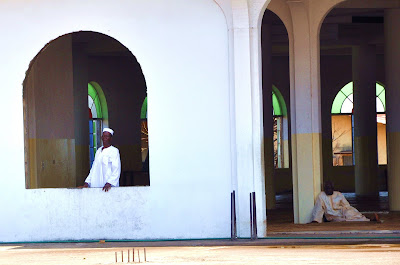 The women were still gathered there, hoping to receive charity. 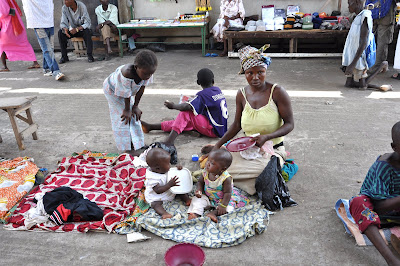 We asked about Marianna, who cleans at the Mosque. 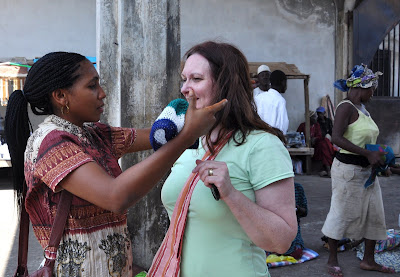 While we waited for them to find Marianna, 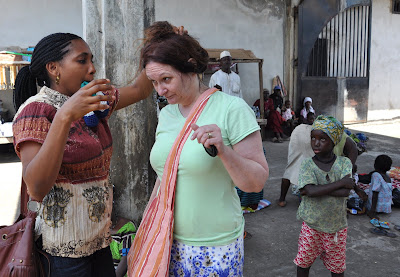 Kadijah tried to fit my hair into some of the hats that were for sale out front of the mosque. 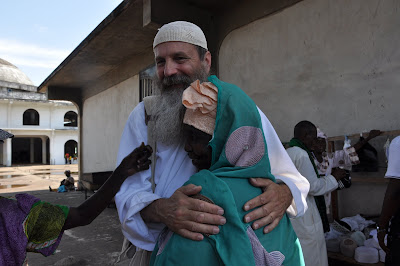 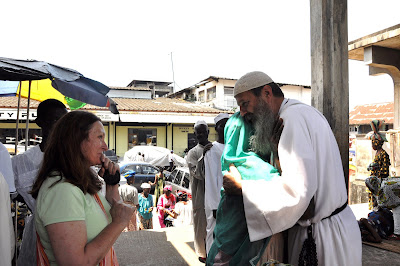 It was very emotional seeing her as she saw Fr. Seraphim. This was the first time they have met since Pa Barrie dropped the body. 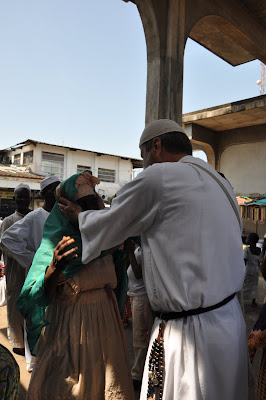 Knowing the bond between the two men, she could only think of her late husband as she saw Fr. Seraphim. 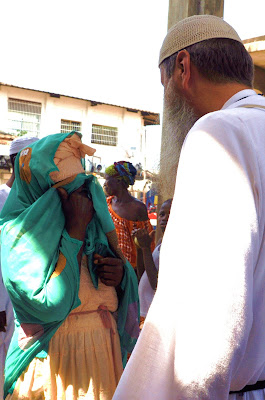 She began to weep. 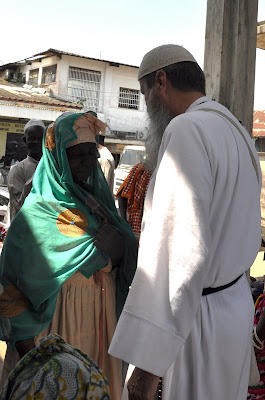 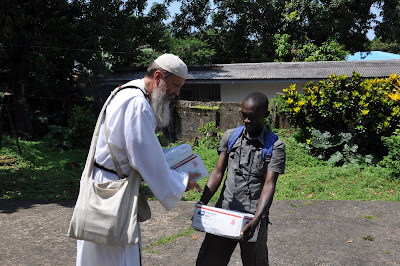 towards St. Laurence House to examine the packages we have received. 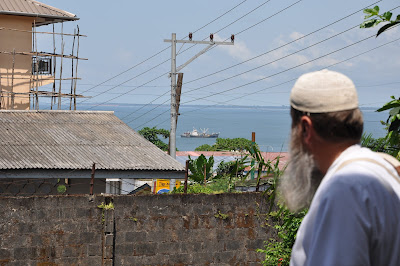 Note: To enlarge photos for better viewing simply click on the photo you wish to enlarge.
Posted by Vicki at 10:47 AM