Nazareth House Apostolate considers the many friends in Sierra Leone that suffer quite often the debilitating illness of malaria. We mourn the children that have lost their lives to this disease and pray that the day will soon come that it is erased from 3rd World Countries such as those in Africa and South America. 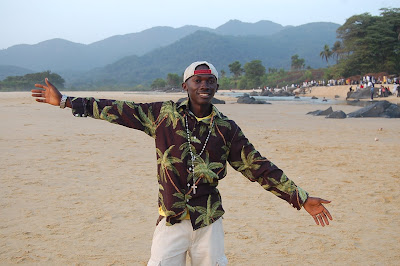 Most won't consider it happy experience being around the most needy people in the world. Yet they are the happiest and most friendly of all people. Sometimes questions from those with greater advantages may be asked, feelings of fear and sorrow with tears may set in as they are looking at people living in such poverty. The living conditions are deplorable but these people have this thing about them - you will find pride and dignity anytime you meet them.

I had become acquainted with all sorts of people as we go about the NHA course. It might be giving a rosary, or medication and best of all food for the empty stomach. Anytime one of these kindnesses is done, your heart and mind awakens to do more. With my camera, I continue to learn more and more everyday and with it bringing smiles, love and hope not only to me but to many who are without hope without you and your support of NHA.

Take this small Peninsula village for example where we at St. Laurence house, together with few other friends went to have some quiet time and to allow the kids play on the sand and relax a bit in the cool beach waters. 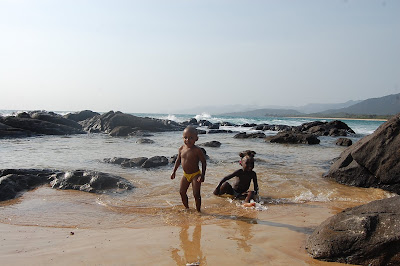 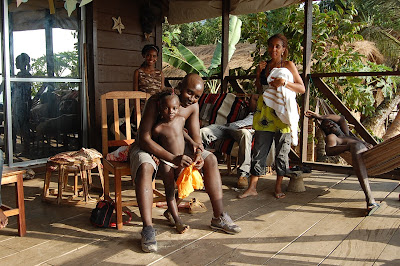 On the way, I noticed three aged women sitting with three empty plates waiting for alms from those passing by. They looked so sad, as their plates remained empty. 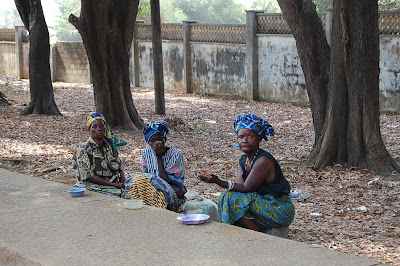 Few minutes later we were at the Bureh Beach. Here we were warmly greeted by an old man who was sitting under a tree smiling and happily waving his hands to us. 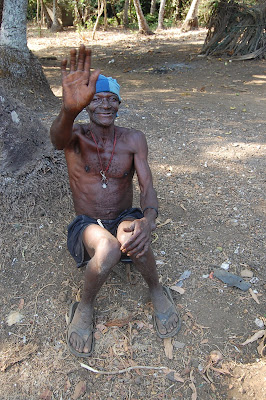 Seeing his need (he had little clothing on)I gave him some of the food and drinks we took along with us. After several minutes of questions about what his name was, a young boy from the other end says he is a deaf man. 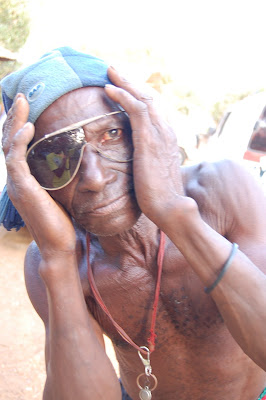 That ends the meeting with our good old friend who continues to smile and repeatedly saying “ Tenki Tenki Masa’’ Meaning ‘thank you, thank you Master.’

Without the usual twinkle from the eye a child, we found a little boy fast asleep on a hammock presumable hungry, tired or abandoned. 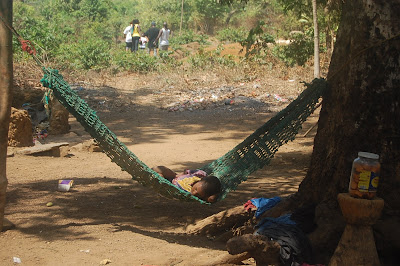 Thoughts of waking him was on my mind but, Sanu who was also with us, asked that I leave him to rest. 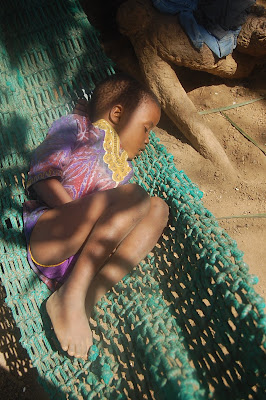 Lucy and I later returned to bring him some food but he was not around instead it was an elderly man that we met at the same spot fast asleep. Seems as if this poor little boy was taking sleeping turns with his Father.

Here was a good place to be and with these poor, unnoticed but simple people around us, Ifelt like being around them forever and promised to bring them more medication and supplies next time. See this is what Nazareth House Apostolate always does, going to the cracks, the poor and forgotten areas to bring hope to these people.

Couple of weeks back when I was in Kabala to check on our school kids, there was this melodious music sound one early morning of two great Balangi players. One of them was blind but he hid his handicap well, you could hardly notice that he was blind. 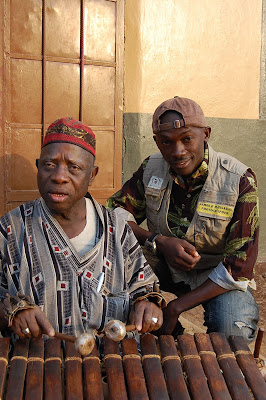 YaliKulako, as he was called was singing so joyously that he also hid his extreme poverty from those who passed by. His music caught my ears and it gave me strength and passion to do more for those languishing around us.

Seeing one of our best friends and first taxi man Ibrahim Bah getting engaged to the love of his life was a miracle. What makes it more interesting was the traditional way in which it was done a night before they went to a mosque where they were blessed. 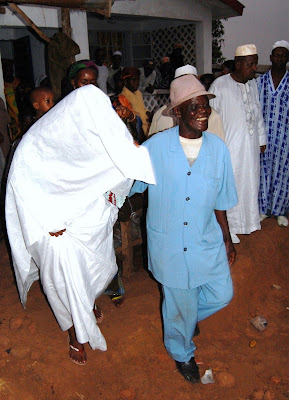 Binta, his wife-to-be the following day, was all wrapped in white following his uncle who escorts him to his new home. A joyous occassion this is sure make you smile.

Have a blessed day and I encourage you all to be part of this NHA experience here in Sierra Leone. It will in return benefit your own life, your own attitude, as you benefit these dear ones much less fortunate than you are. See you soon.