Whenever there is an increase or decrease on the price of petrol, we the ordinary people here is Sierra Leone and else where in Africa suffer the most. Few months back petrol dealers were happy about the inflation on fuel since this will give them more profit, forgetting the fact that the tide might turn the other way.

On Monday there was the news of taxi and poda poda (taxi vans) fares going down meaning petrol cost moving from it original high price to something much cheaper.

This sudden change prompted most of the gas stations around the capital to stop selling with the notion that they don't have any petrol. At the end of the day transport became very difficult to find forcing dozens of people on the streets to find their ways down town to do their daily doings. 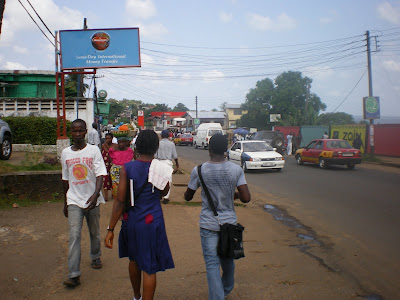 Most affected are the school going kids, some just cant make it to school the past few days or be late which means punishment. Lucy and Ann Marie were no exemption as they too had no choice but to wake up earlier the past three days to find their way to school on time. 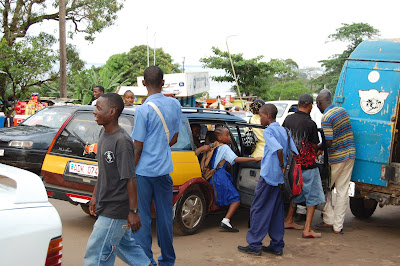 More lines and tons of empty gallons are seen all around town as drivers struggle to find at least a gallon to dip in their empty tanks. So risk the chances of buying stolen black market petrol or 'JEBU' as it is called here which is much more expensive. The risk there is it most times mixed with diesel or kerosene. Some people have no option but to go for it. 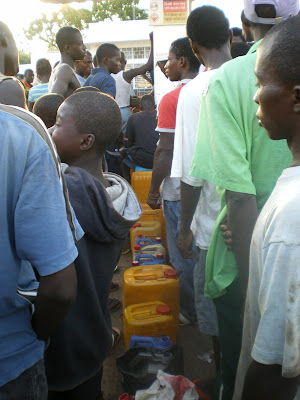 Long lines of people waiting to fight in to a taxi or poda poda all day long. This is the fourth day and it does not seem to change for the better at all...... 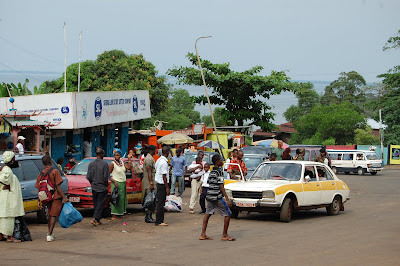 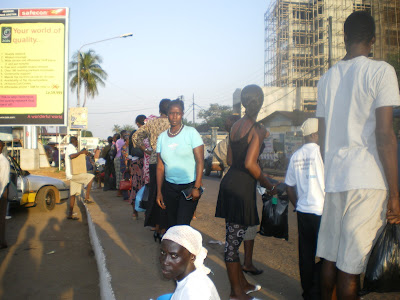 Note from Vicki: It is not surprising to us that James and all his savvy was able to find a gallon of good gas to put into Sanu's car and was able to drive the girls to school this morning. Where there is a will, James always has a way. ..smile... 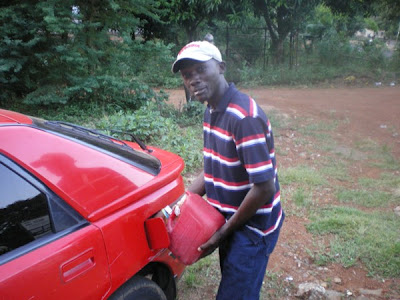