"When the Environment becomes Toxic"

By way of introduction, the following Scriptures: When one perceives that the environment has become menacing, capable of smothering or perverting what good one has, it is better to go elsewhere.  In its first sense to take flight is to change locale, environment, lifestyle.  There is no pleasure to be found in dead-end situations. Sometimes a person, or group is not healthy to be around and this can and has included Church people and groups. Jobs, career choices, hobbies, pastimes and certainly the media must be scrutinized for toxicity. 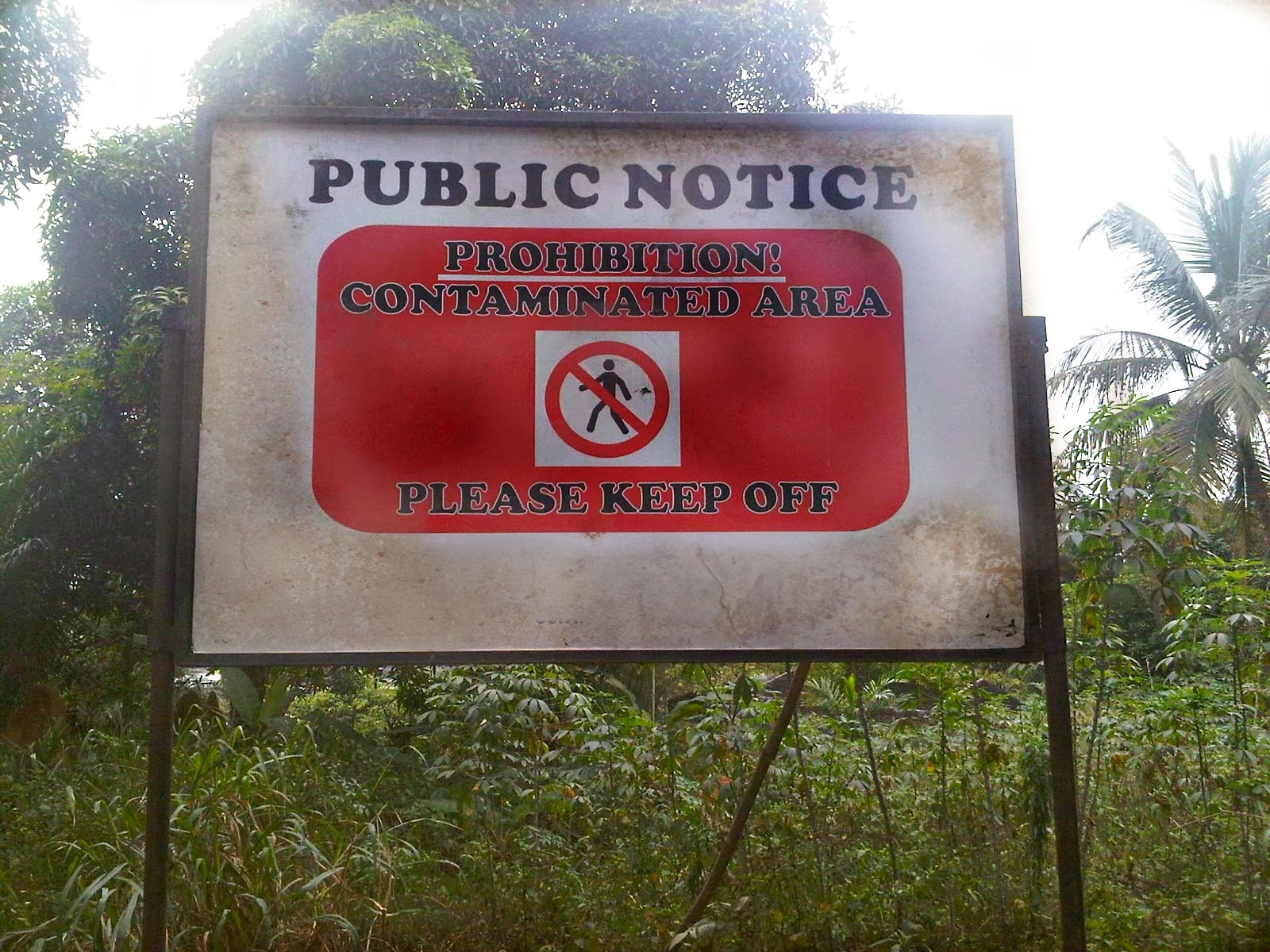 When gossip or superiority chatter arises I quietly get up from the table and go elsewhere. Amazingly, they most often don't realize I've left.  Sometimes when Christianity ceases to be Christian our only recourse  is what its alway been, to love and to pray. 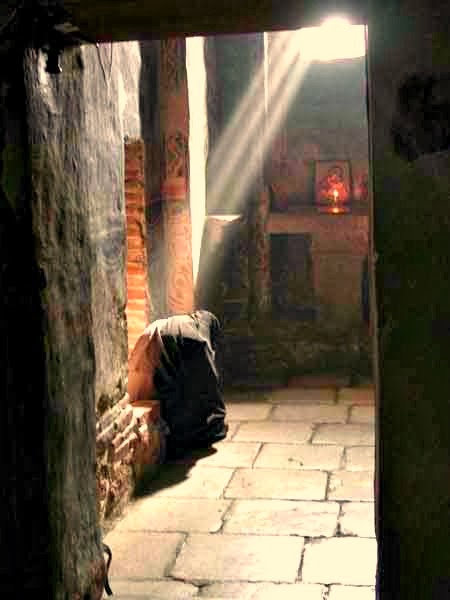 The ancient monks left the world because they saw no other way out but death.  Yet, a strange desire made them think that they were not born simply to die, but that another space, "whether in the body or out of the body" (2 Cor. 12:3) awaited them.  The physical desert is located at the frontiers of space and time.  There is "nothing" to see, "nothing" to find.  It's a good place for light.

If the desert fathers have often mentioned flight from the world as the point of departure for salvation, they have insisted still more on this flight as fleeing towards Someone! The philosopher Plotinus spoke of the flight "of the alone to the Alone".  - They had a desire to know as they were known (1Cor. 13:12).  Their solitude is not a rejection of society but a contribution to it.  Its not a matter of us leaving the world as it is that the world left us.
Above all the desert father fled towards Someone.  This is the spiritual meaning of flight.  It is the affirmation of transcendence, that there is something  in this world that is not of this world, that the world does not contain within itself.

Now there is another side to what I've said, i.e. there are times when we are to go into the midst of the world, into its violence, despair and panicked greed.

This has been a principle for a number of people, they've seen, and rightly so, the need to infiltrate areas of greatest need as a resident force of prayer.  As they bust through borders, their belongings are simple and few:  Bible, Beads and a compass. 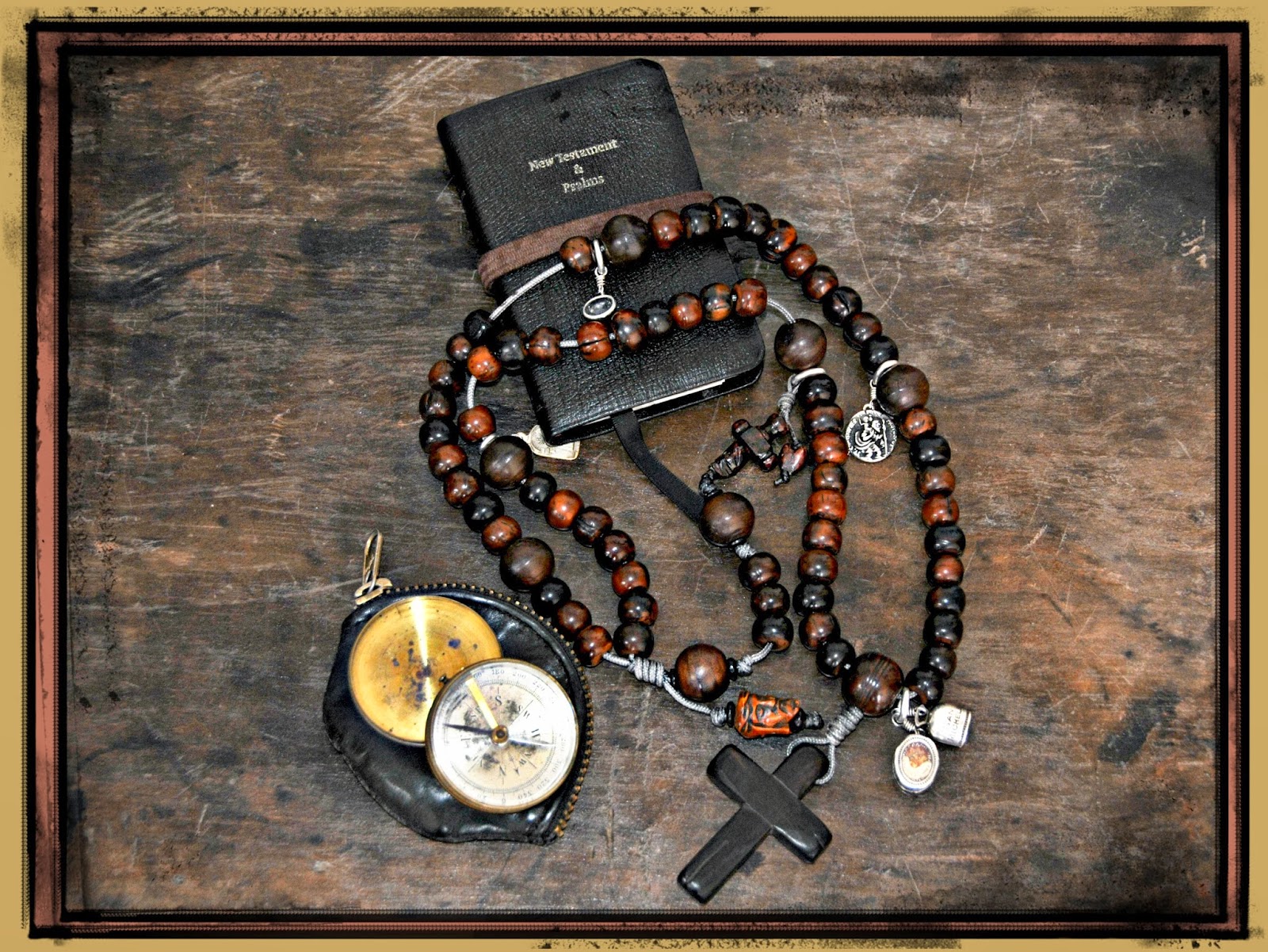 You can find these people in the middle of war zones, when and where countries have closed down. They are also to be seen in factories, offices, city centers, on buses and trains.  They quietly go about their business and life praying the Way, Name and Life of Jesus.  They embrace what we call the "Poorer Means" 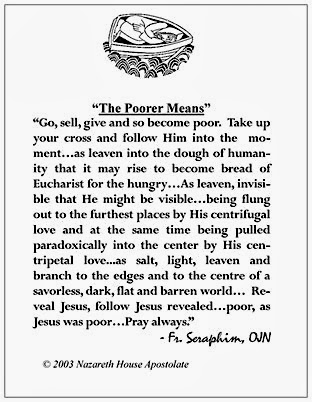