Another Term for the President of Sierra Leone 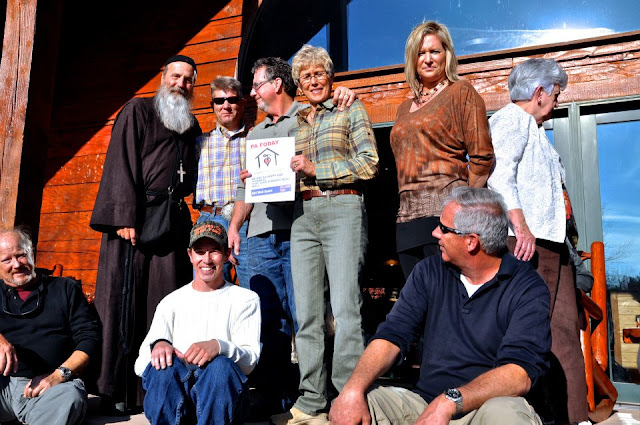 At this writing Pa Foday remains hospitalized after a Thanksgiving Morning Surgery.  He is groggy, a man not used to any type of medication, he is struggling to regain strength after the anesthesia. James has been funneling the well wishes to him. 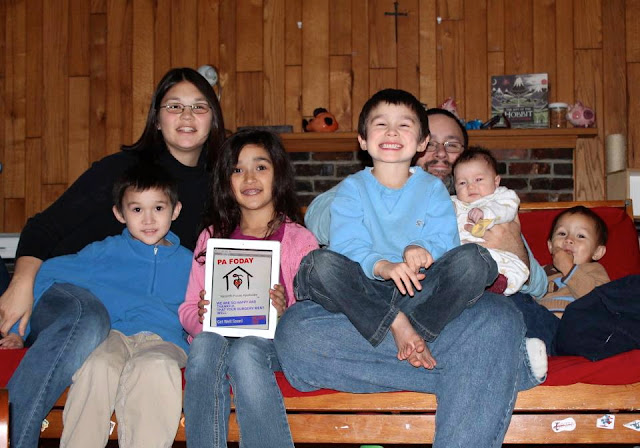 Thank you for your prayers and Get Well greetings.  Please continue them, they mean a lot to us all. 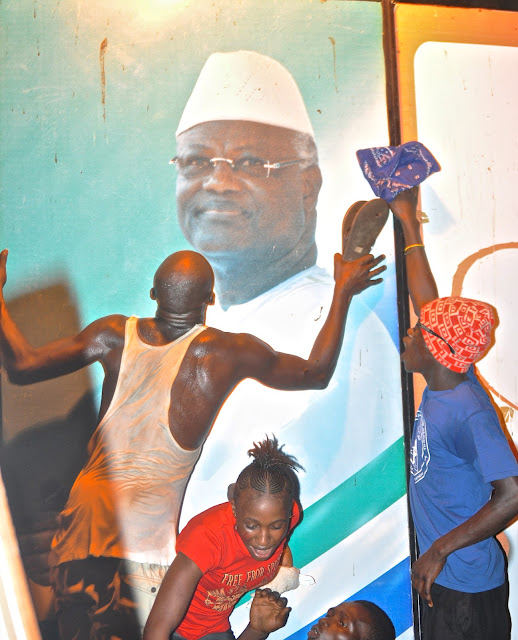 His Excellency Ernest Bai Koroma has been elected to another term 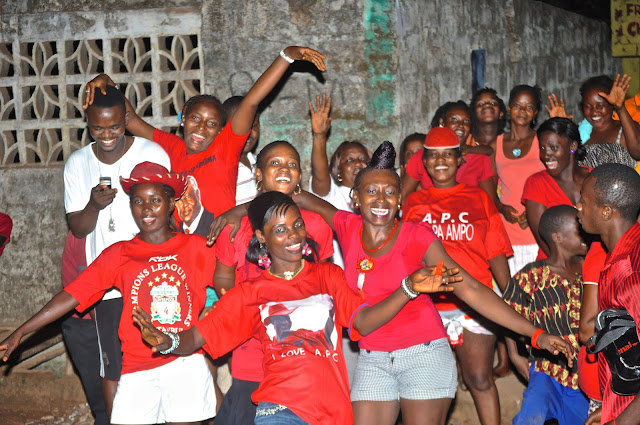 as President of the Republic of Sierra Leone.

When President Koroma won the election of his first term, Seraphim and I were in Sierra Leone (see YouTube video) and experienced the joy and dancing in the streets. 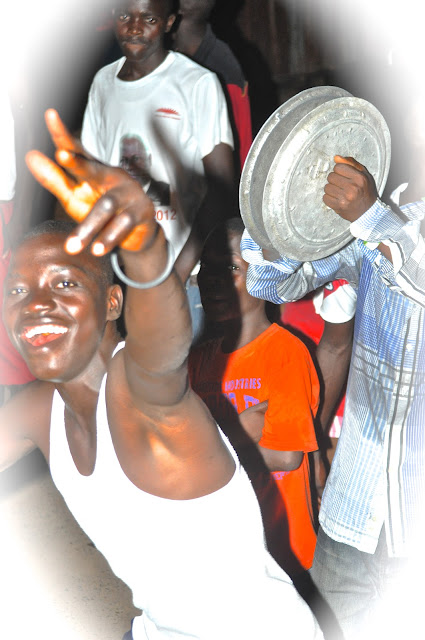 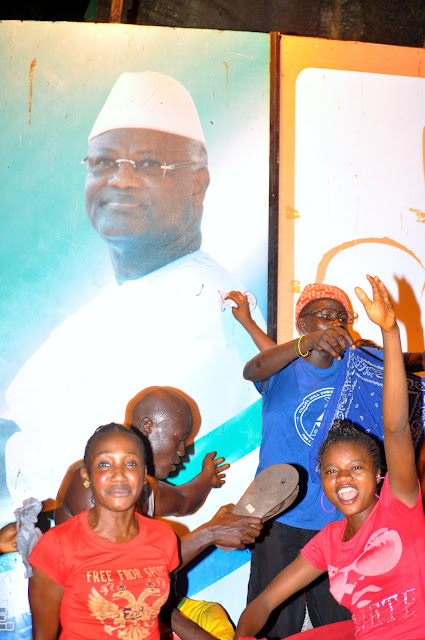 Nazareth House Apostolate is a non-political organization, we do not chose between political sides.  Our job is to pray for whoever is in the Office. 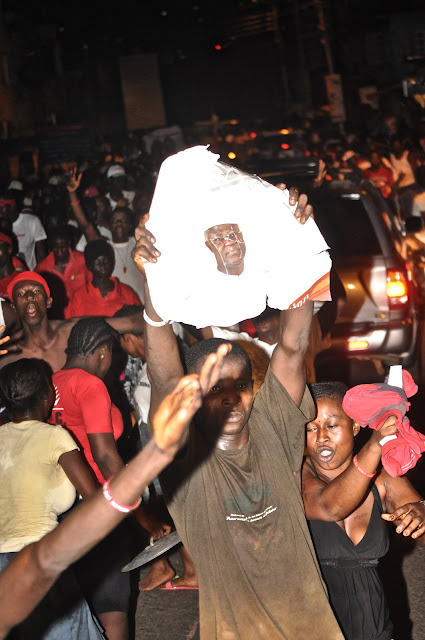 If we are not praying for someone that is in leadership, it might be that lack of prayer that keeps them from doing the job morally and successfully.   It is always good to pray. 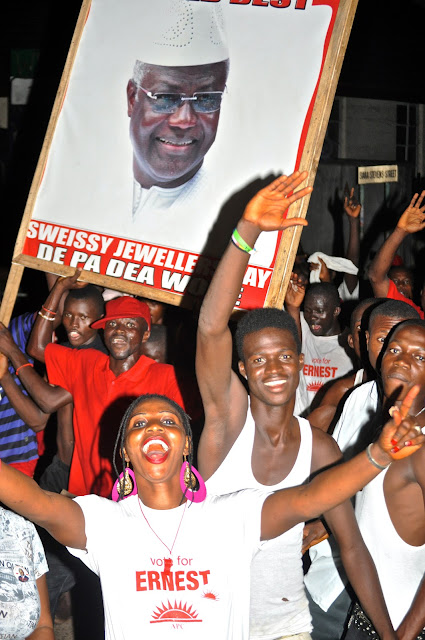 The hospital expels visitors at 8 PM, 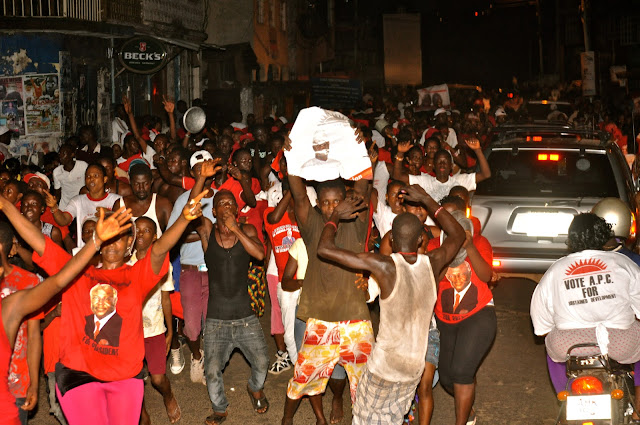 so James took his camera and left to photograph the dancing and joy in the streets. 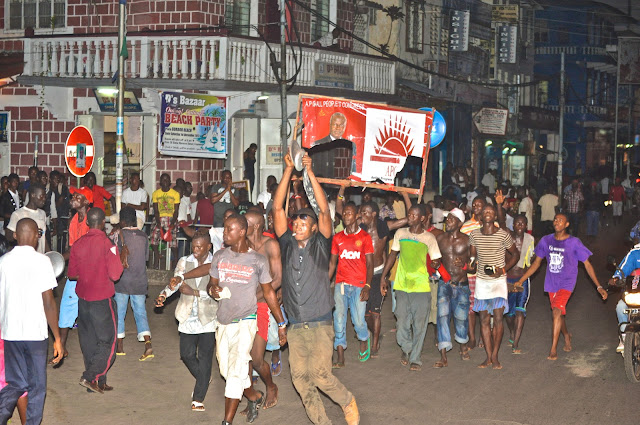 I like this photo of these two girls, oblivious to the excitement - one munches on a candy bar and the other focusses on her Barbie Doll. 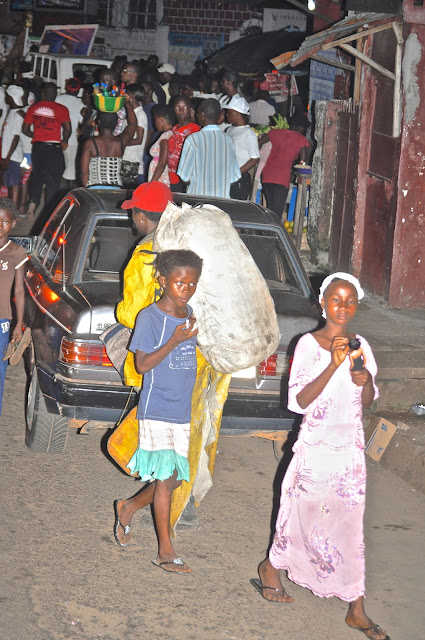 I like the innocency of these young ladies - there is no cell phone, no ipod, just simple childhood entertainment. 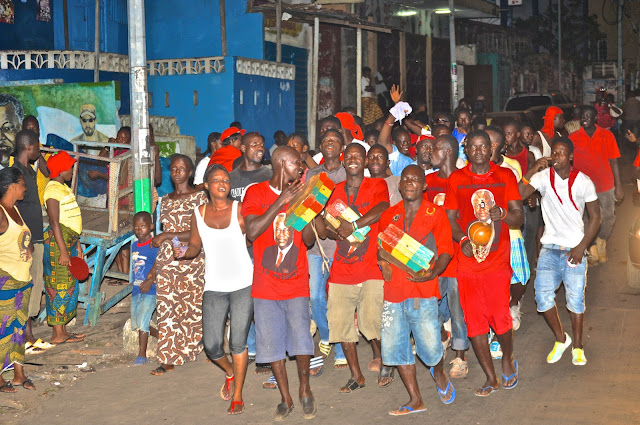 This guy, filled to the brim with enthusiasm, makes sure to keep focus on his prayer beads. 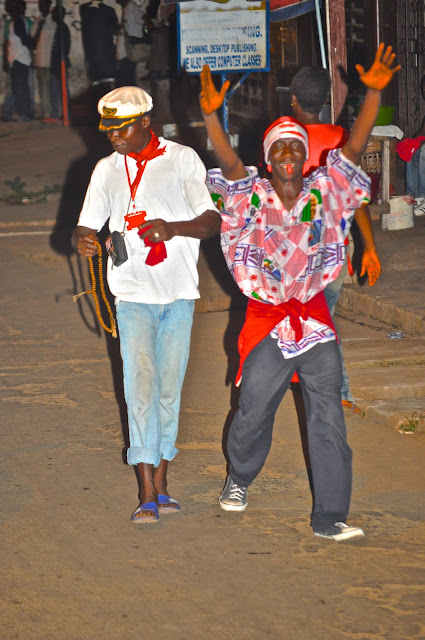 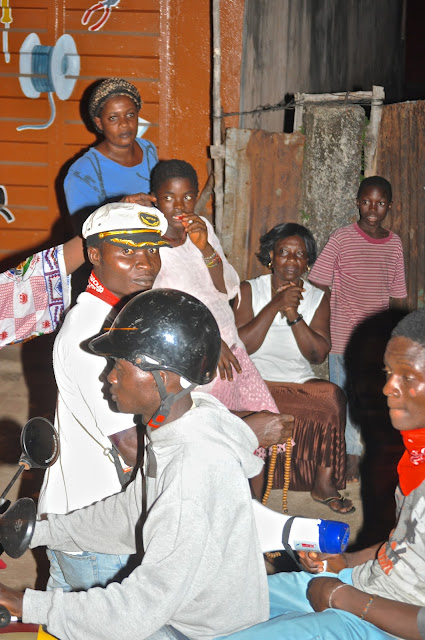 We are thankful for the peace during this election 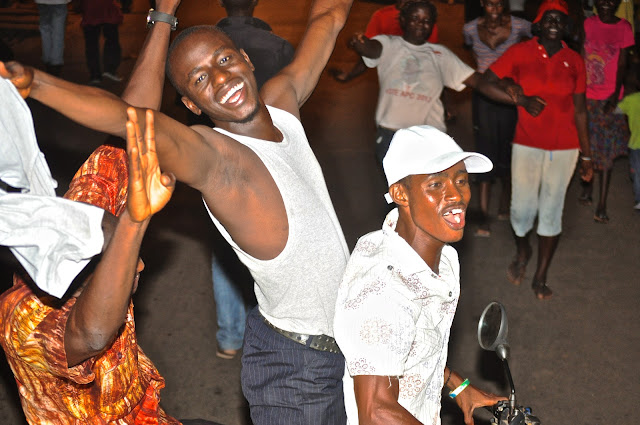 and pray that it continues in Sierra Leone. 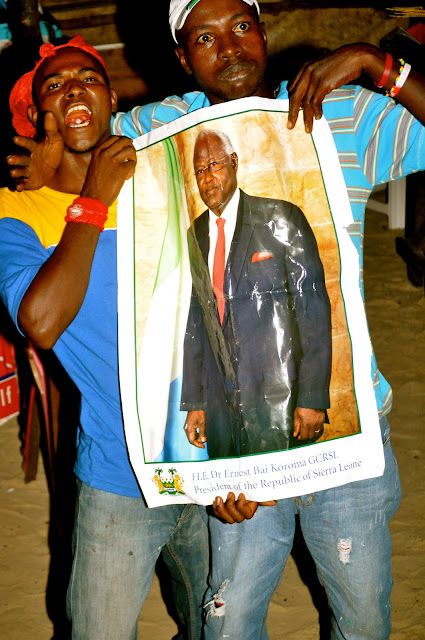 The nation has come a long way 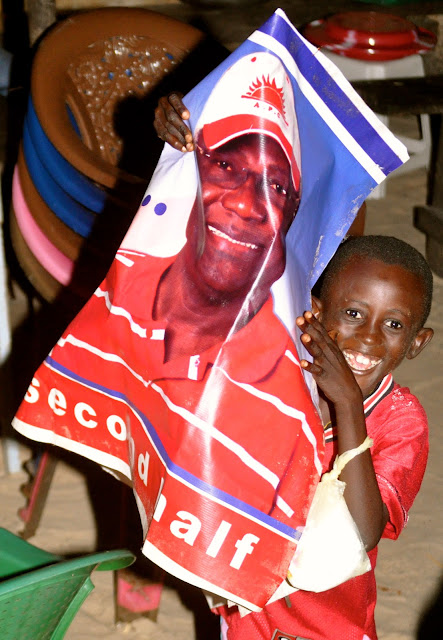 but there is still a distance to travel. 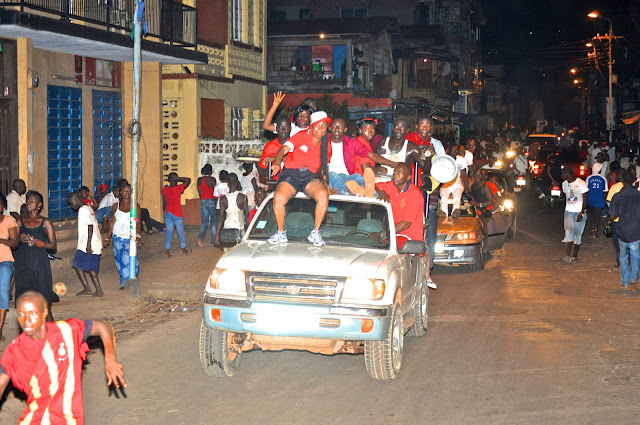 and so we pray, 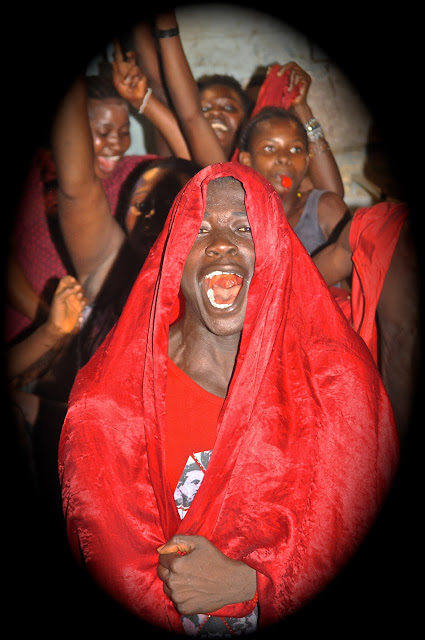