A STORY OF SACRIFICING FOR THOSE LESS FORTUNATE

A few months back, James called me to tell me that our students' parents were very concerned about our uniforms at the NHA School. 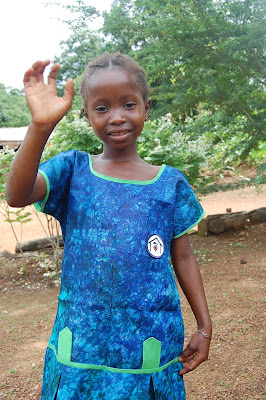 As adorable as they were, they were not practical and were causing some problems to the families. 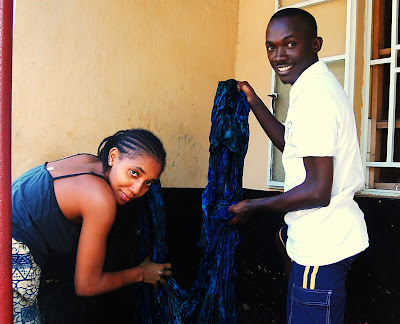 James and Kadijah tye-dying the original NHA Kabala School Uniforms.
The tye-dye was a unique and cute idea, but not wash and wear. 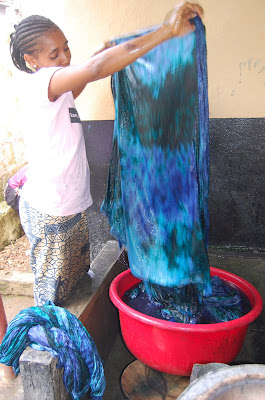 The uniforms required ironing and at every laundry the uniforms bled more and more. When the students sweated, the dye ran. In washing, the dye ran. The uniforms quickly became tattered, faded and not up to the standards of our school. Because NHA provides the uniforms at no expense to the parents, being dressed neat and properly is one of the requirements. The children have been wearing them now for a few year.

Considering the expense of our upcoming mission trip to Sierra Leone, the worm medication and other needs, I explained to James that at this time, there is nothing we can do. It is difficult to collect for the trip right now, "there is no way to raise money for uniforms, too." This I said a few months ago.

James went to Kadijah and voiced his concern over the uniforms. He knows well the struggles NHA has in making our monthly budget, let alone additional needs such as uniforms. Kadijah and James discussed it and decided that they would cut back on their expenses (which are bare bones to begin with) by fasting and eating less, cutting corners wherever they found a corner to cut. And James began taking on more and more photography jobs as Kadijah filled in on the humanitarian aid distribution while James was working. 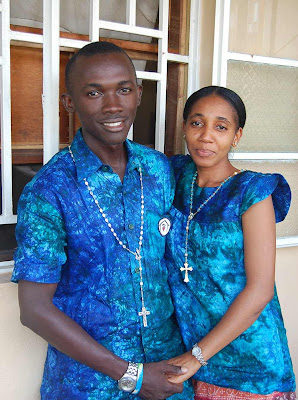 James was lucky. It is not easy to make money as a photographer. Most people have little to pay you and those that have money can be stingy and pay you very little. So James simply took on an overload of work. Timing was perfect, he was able to raise a little money, enough to buy the material for the uniforms.

Together with the savings from the sacrifices they made and with James picture money they raised enough to see the children at the NHA Kabala School start the new school year in new uniforms. (I want to clarify, James and Kadijah have a very trim budget in which they manage. They operate St. Laurence House for a month on less than an American making minimum wage makes in ONE day!)

They did all of this without telling me. They knew that I would insist that they must eat properly so that they are fit to do the work - Work that demands very much out of them, including the risks of being around disease.

To my surprise I find the following photographs in my inbox. 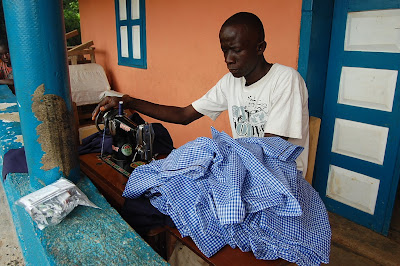 I ask James "where did you get the money?" ...and then he confessed. 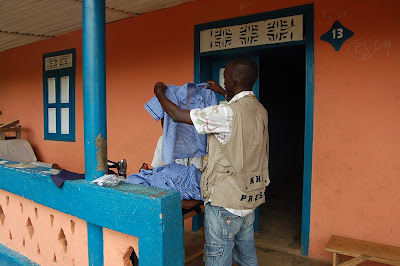 I have expressed to many of you that I have been concerned that James looks thinner and I have been worried. This noble sacrifice for the students is so typical of the Mansaray family! I am very appreciative, but I am publicly announcing to James "Eat, son EAT!" The uniforms are done, you did well. NOW take care of yourself and your family. Without you guys, Nazareth House has no one to be there in the midst of the poorest of the poor in Sierra Leone. 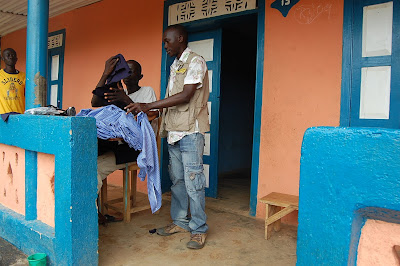 Seeing the sacrifices of James and his family, they literally gave up food and everything to provide for those without. 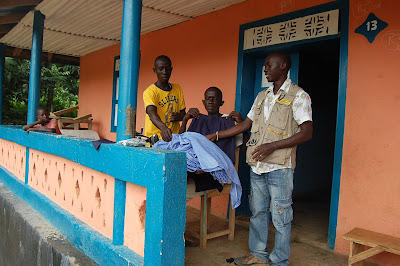 By American standards, James and Kadijah are themselves, way below poverty level. What they have done for the students of Kabala is indeed remarkable. 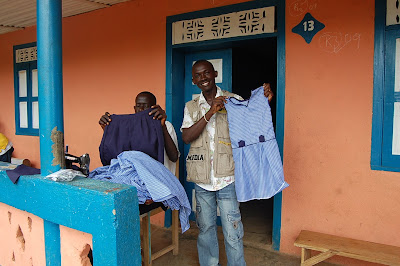 I hope this extreme sacrifice will not go in vain, I hope it stimulates those of us who have so much more to give to those with so little. We don't have to give up meals and take on extra jobs (although it wouldn't be the end of us if we did) like the Mansaray's did, but we can scrape a few extra dollars and send it to NHA so that we might at least provide one meal for someone who has none. 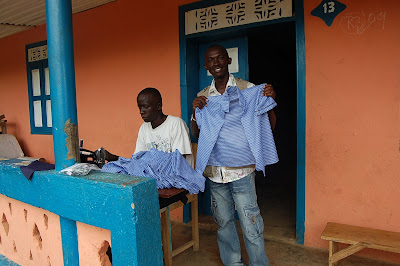 Nazareth House Apostolate - A Community of the Ordinary
click the link above to give electronically through our website.
Posted by Vicki at 5:43 AM