When I took these DEAD END pictures, the scene stuck with me.  I simply wanted to take a photo of the flooding but I had a strong sense these were photos of something else. I kept running through all the struggles, sins and what not that result in a dead end but that isn’t what this closed off area was sparking inside me. 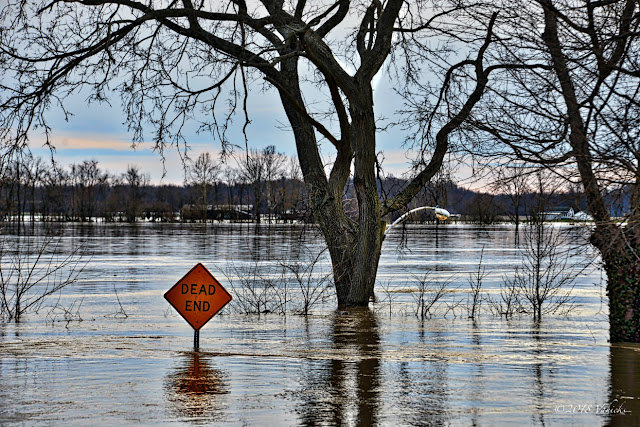 In this Season of Lent, God teaches us to go through the suffering, not run away. 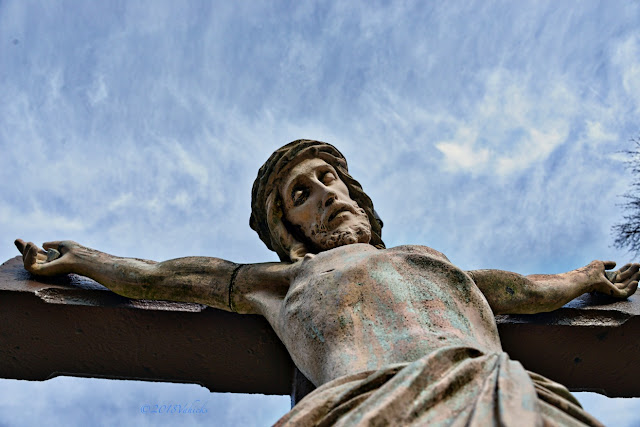 And as I stood looking at the Dead End Sign standing in water I thought of the Israelites.

Moses led 600,000 people out of Egypt through the desert toward the Red Sea as they journeyed to the Promised Land.  Pharaoh had become upset that he lost his working slaves so he sent his army after Moses and the Israelites to try and get them back.  Coming upon the Red Sea, to the Israelites it looked like a totallyDEAD END situation. To the east was the sea. To the south and west, there were mountains, and to the north was Pharaoh’s army. The Israelites were trapped. 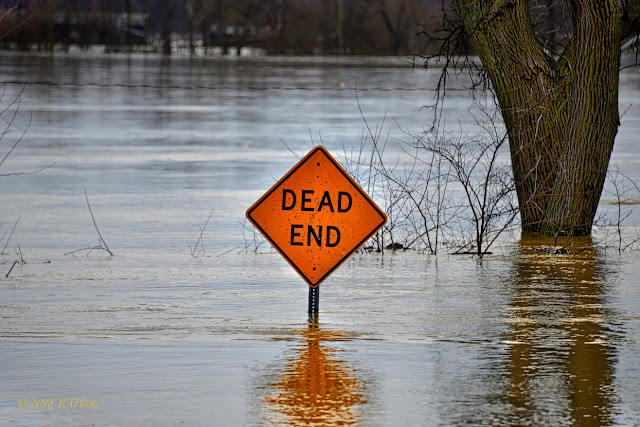 How often have we found ourselves in an impossible situation, seemingly no way out? And how do we handle it?  Many of us are no different than the Israelites who were afraid and began to take it out on Moses. They said, “Why did you bring us to the desert to die? Weren’t there any graves in Egypt? What have you done to us by bringing us out of Egypt? We told you in Egypt, ‘Leave us alone. Let us serve the Egyptians.’ It would have been better for us to serve the Egyptians than to die here in the desert!” - Exodus 14: 11-12

Moses answered the people- “Don’t be afraid. Stand firm. You will see how the Lord will save you today. Do you see those Egyptians? You will never see them again. The Lord will fight for you. Just be still.” -Exodus 14:13-14 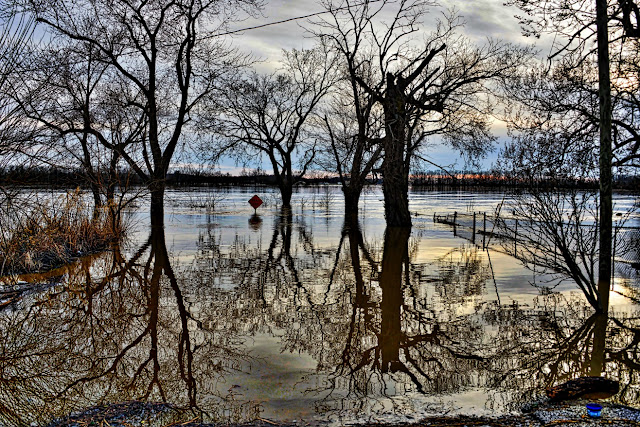 I have trouble being still when I’m not afraid, I can’t imagine trying to be still when warriors are chasing me. That's real faith. Then the Lord spoke to Moses. He said, “Why are you crying out to me? Tell the people of Israel to move on. Hold your wooden staff out. Reach your hand out over the Red Sea to part the water. Then the people can go through the sea on dry ground.” - Exodus 14:15-16

The Lord told Moses to stop “crying out to me” and get moving! Prayer must have an ongoing crucial place in our daily lives, yet there is also a place for action. Sometimes we know what to do, but we keep praying for more guidance as an excuse to postpone doing it. If we know what we should do, then it is time to get moving.

When we find ourselves caught in a problem and see no way out. Don’t panic; stand firm and be still ---God can open up a way. Pray and ….