News from James in Sierra Leone

Its been very difficult for James to communicate via the internet in Kabala these days.  Even his phone service has been limited, and though he and I have found ways to keep in touch, it has been frustrating to say the least.

This morning, we received a bit of luck and James was able to send some photos through his phone.

We are so grateful to all who have given generously (individuals, organizations and church groups) to help complete the security wall around the NHA Compound to protect our staff and the provisions we house from thieves, etc.   We have almost collected all of the money we spent to get this undertaking to the state it is today.  We are lacking just shy of $500.  These photos show the progress, before the job was done.   The project cost doubled what we thought it would take, but as you can see the wall is very fortified. 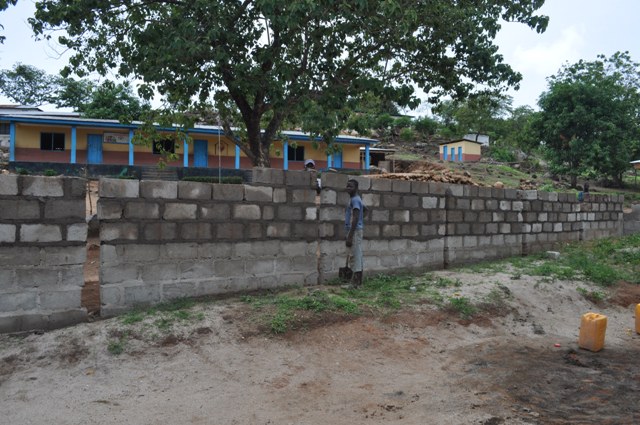 James announced in his phone call to me, that the wall is completed as of today.   He'll be sending the finished photos as soon as he can.   I can't wait to see it fully accomplished.  I'm so relieved that together we've been able to tick off another need from the "to do" list.  Thank you all for prayers, support and love. 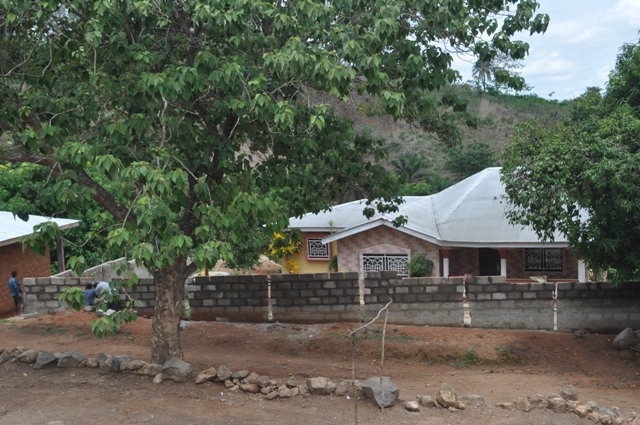 As of this writing, James is heading to the hospital, taking a neighbor child who fell and knocked out his teeth.

Last week James was helping with and attending a funeral.   A funeral for a child who died of what they are labeling as cancer.  A few days before he passed on, James was filling this young man, named David, with mangoes and all the foods the child requested.  Everyone thought the increased appetite meant he was getting stronger.  Sadly, he passed on a few days later. 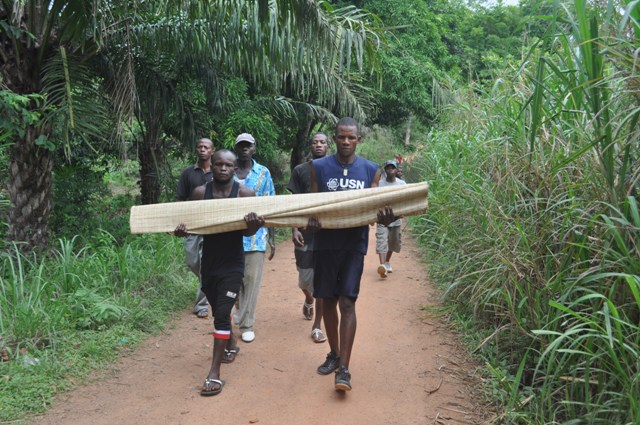 And another young child is wrapped in white linen and carried in a straw mat to his final resting place. 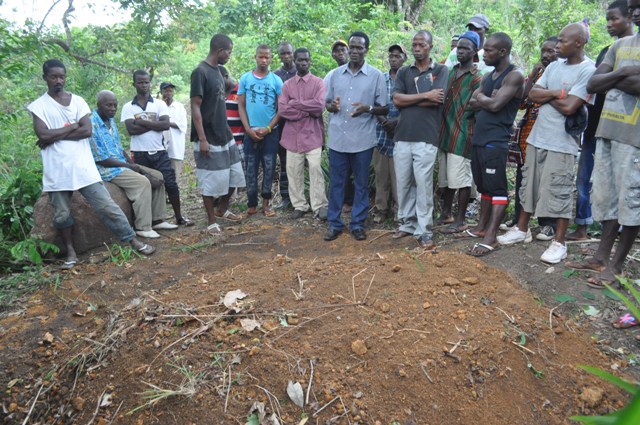 This shouldn't be what is expected in this village - to lose their children so young - but its a fact of life for them.  We can't stop all the illnesses and accidents that are killing the children of Kabala,  but we can prevent some illnesses and help change life for the better for some;  bit by bit,  we can make a difference.  Join us, changing one life at a time, one village at a time, whatever the moment holds - one moment at a time.