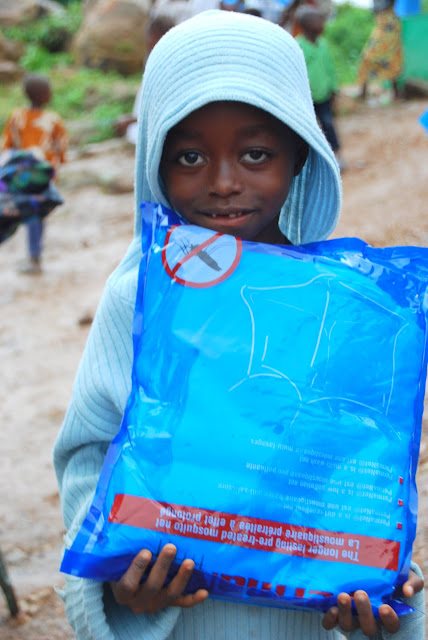 ...and everywhere in between... 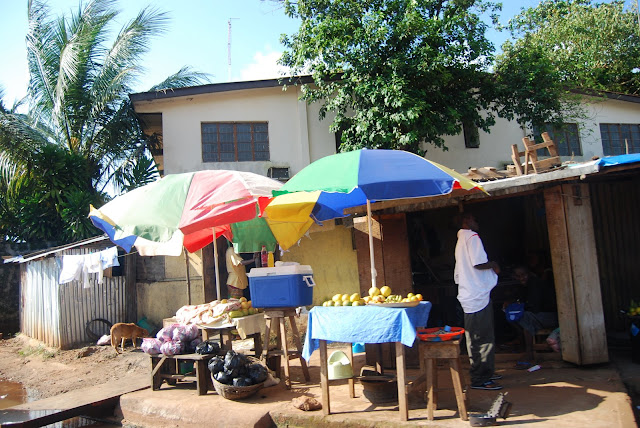 A WEST COAST COUPLE  (we will simply call refer to them as WCC) has challenged everyone in ALL areas of the United States  and countries overseas, too ... 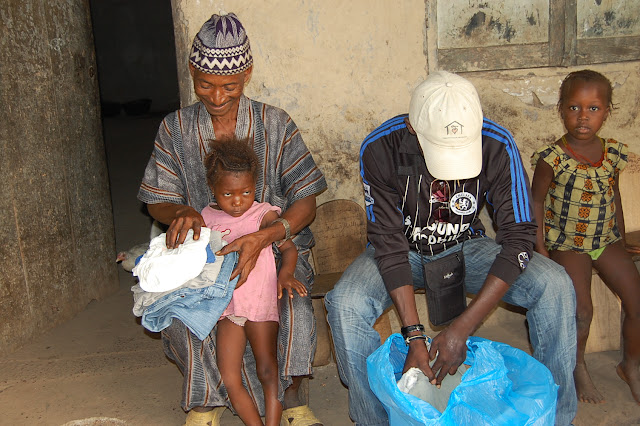 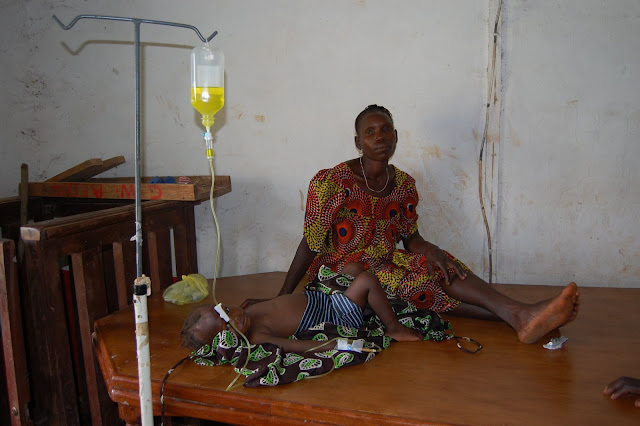 Here’s your chance to double your donation - you can give more with less coming out of your pocket.   Now is the time to give... 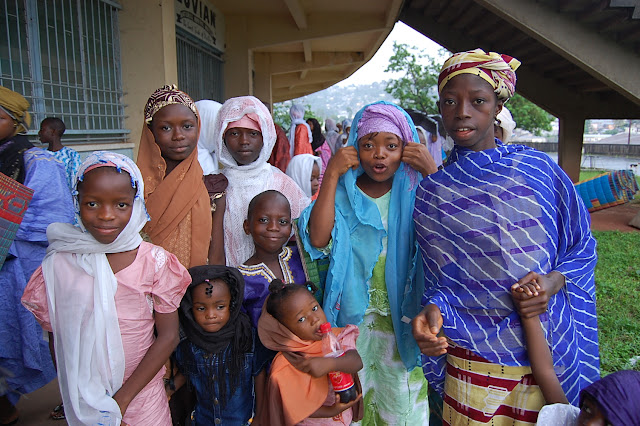 If there is someone out there that could put their compassion in action by donating  $5,000 in one contribution 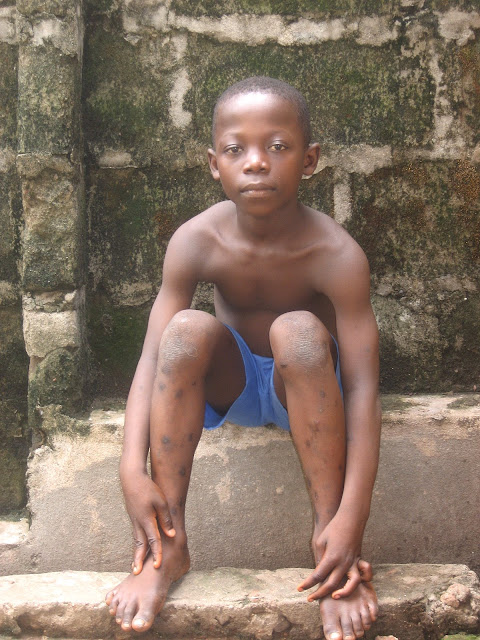 that would end this campaign and the WCC  will match it immediately.    Chances are.... that won't happen... 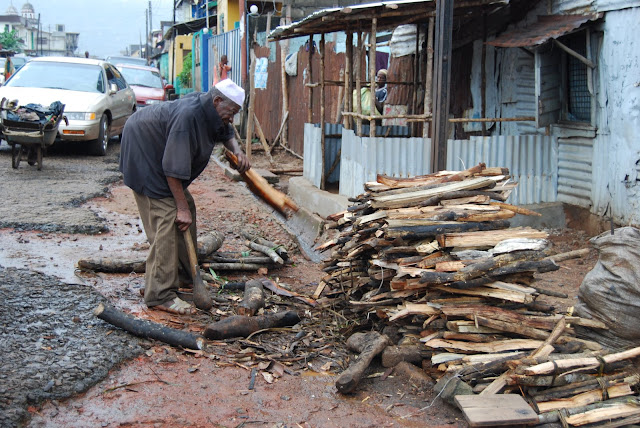 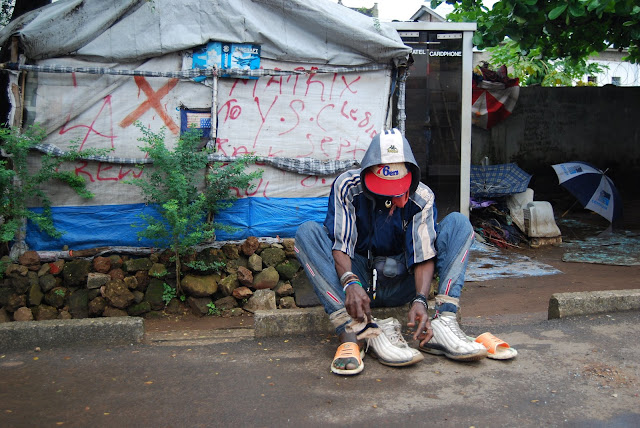 - but maybe they haven’t come across blogs about the needs of those in Sierra Leone. 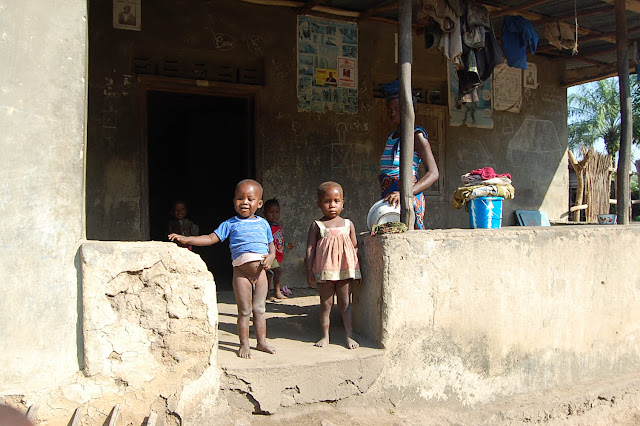 Maybe they haven’t seen the faces of the children as they hope for someone to change their lives. 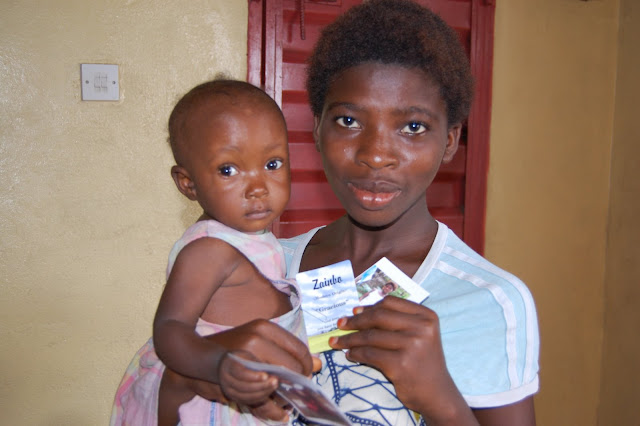 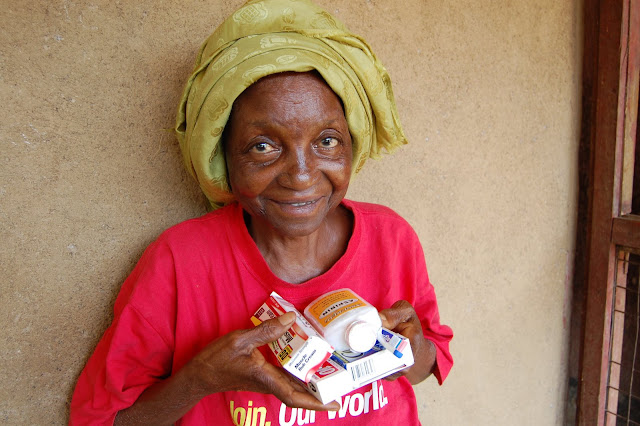 And there are those that giving any amount is not a sacrifice at all.   Regardless, most of us here in the USA  have better housing than what is the "norm" for those in Sierra Leone 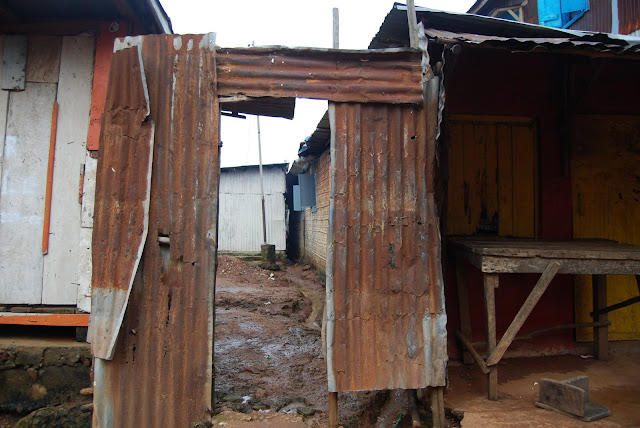 Zinc nailed up to another structure makes a home, a shelter for many.... 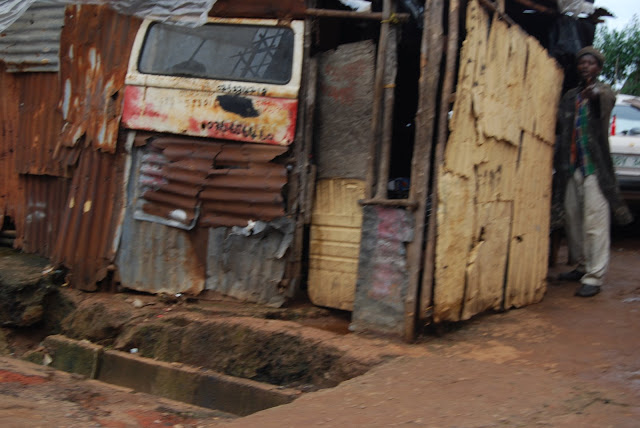 and you can get creative, but shelter is shelter, when you are without... you do what you can do. 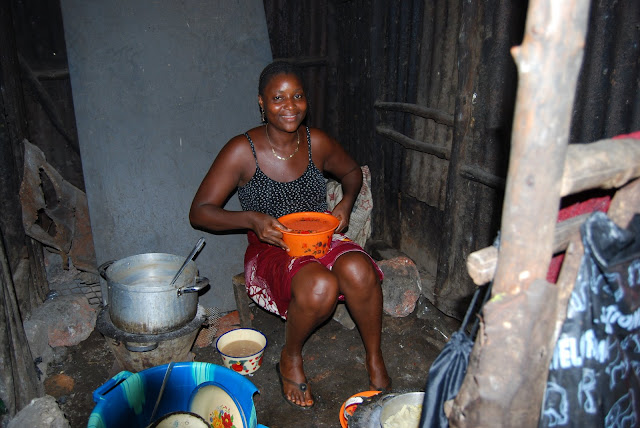 People are hungry, there isn't Soup Kitchens for them to go... 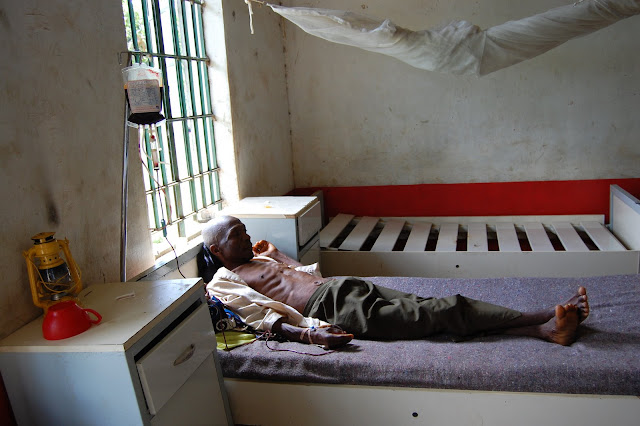 people are sick and there is not much of a healthcare system to seek help, and very little medical help is free. 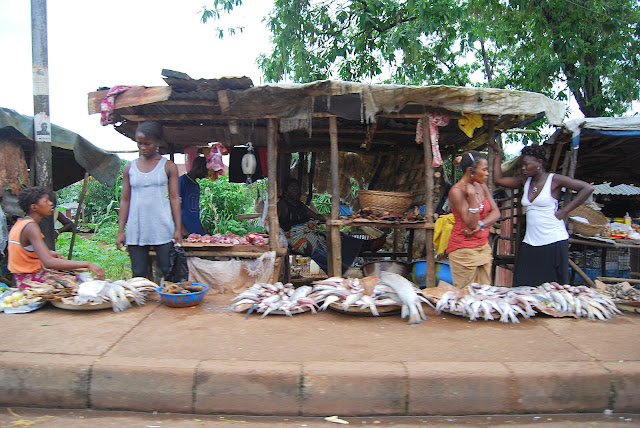 There are no “welfare” programs for these people and jobs (as much as they want them and are willing to work) are just not available. 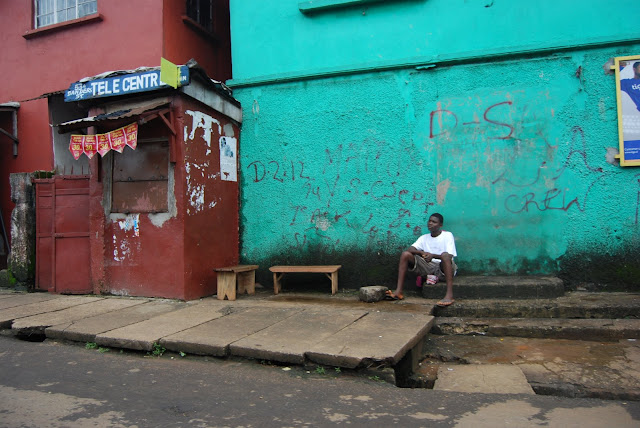 Many times people have said, “I’m sorry - my little bit of a contribution won’t make a difference”. 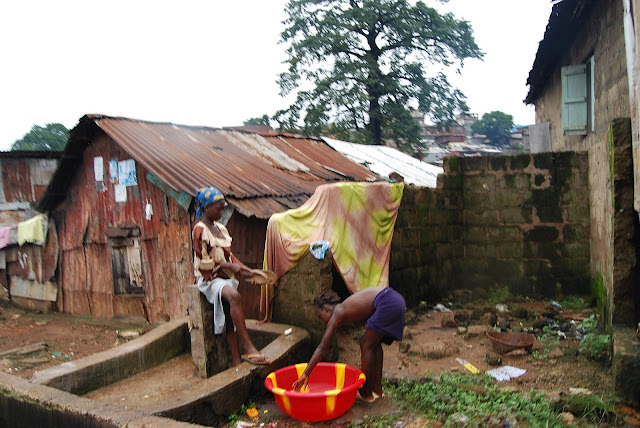 Well, with this matching gift - your donation just doubled!  Not bad, huh?    Every amount is used to make a difference. 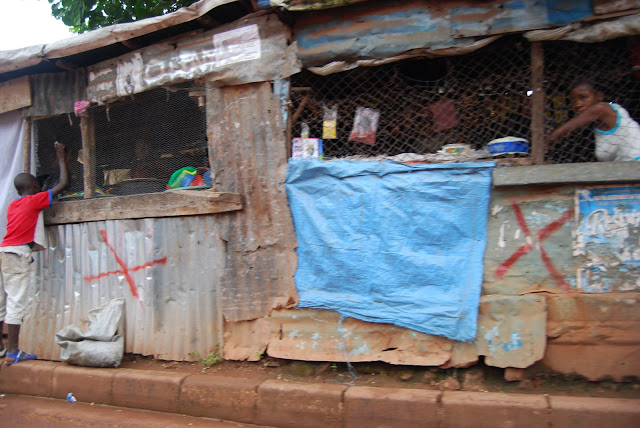 Now the WCC want to see every State in the Union represented in this “Matching Game” to benefit the people of Sierra Leone through Nazareth House Apostolate ...so let’s show what we can do. 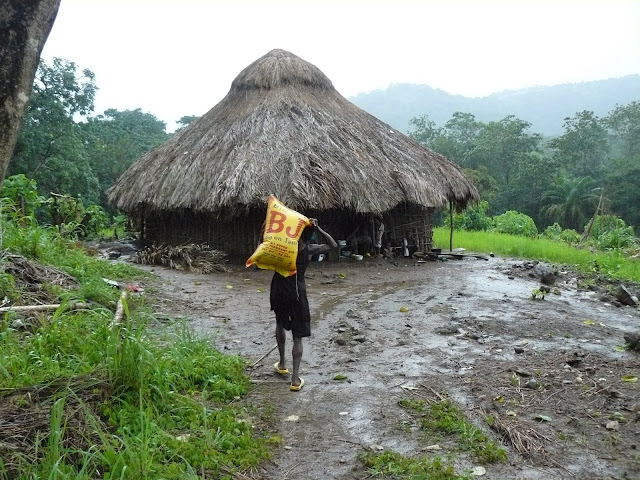 Don’t worry about the amount, it will be matched.   Let’s get started and make a difference in many many lives. 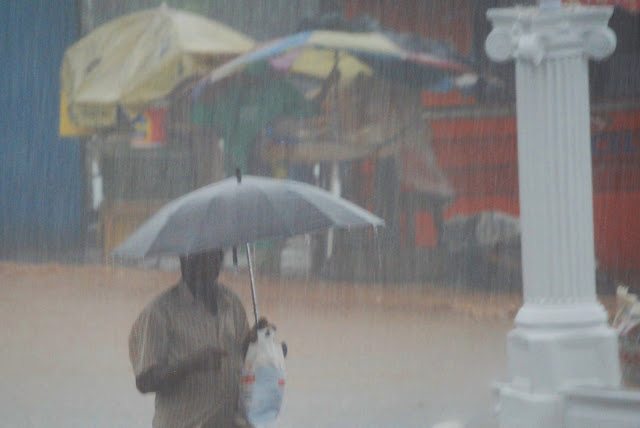 We all want to "save for a rainy day" but in Sierra Leone they just want to exist in that rainy day. 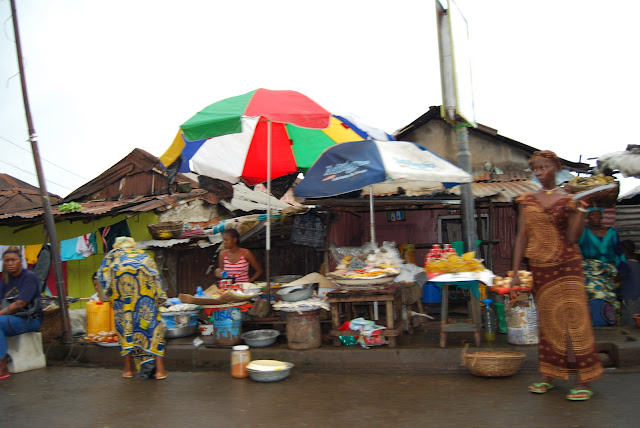 Let's have YOUR city, YOUR state represented in this campaign.


Note: The generous West Coast Couple have kids, mortgage and medical bills, they are not rich but just committed to Matthew 25:35...