I have a Name

"Where God also hath highly exalted Him,
and given Him a Name which above every Name." -Phil. 2:9

During one of Seraphim's first visits to Sierra Leone during the war, he visited Grafton Camp - a displacement camp for those who lost their homes and limbs from the atrocities of war.   The RUF rebels were hacking off arms and legs with machetes in a cruel and inhumane effort to gain control of diamonds and power.  Notice in this photo that even the baby's hand has been hacked off. 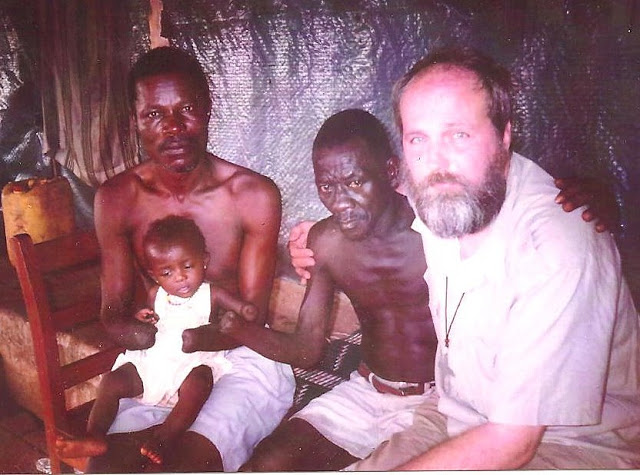 As Seraphim visited with the people in Grafton camp, he delivered food (rice) and clothing with James.  As he got ready to leave the camp they all wanted to know his name.  He told them his name and turned to board the transport only to hear the words that continue to haunt him to this day:

He turned and saw that food and clothing, etc; even love were not enough.  There was something called dignity - the recognition that this is a person and not just flesh to be covered and fed!
A lifetime of repeating the Name of Jesus had suddenly gone super-nova, exploding with the blinding light of understanding.  It was God Himself crying out:  "I have a Name!"

God has a Name 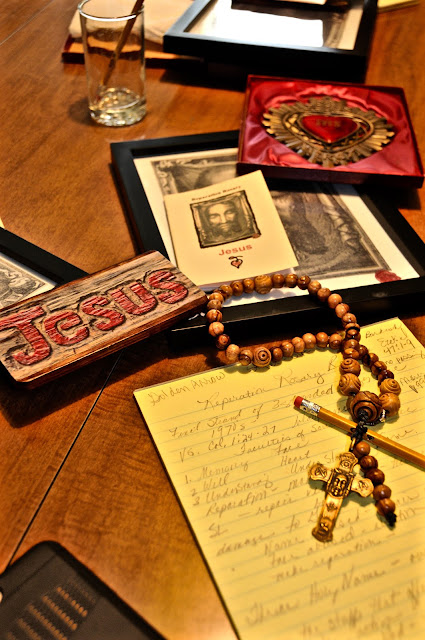 The Mass of Christ-Mass is this Name.  "A Name which is above every Name"

God has a Name 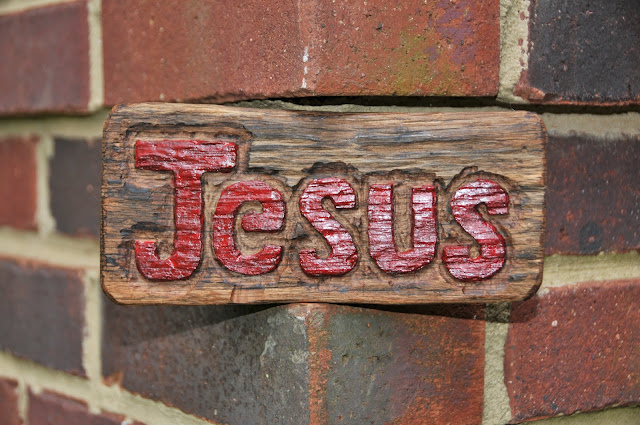 Matthew 1:18-25 18 Now the birth of Jesus Christ was on this wise: When as his mother Mary was espoused to Joseph, before they came together, she was found with child of the Holy Ghost.19 Then Joseph her husband, being a just man, and not willing to make her a public example, was minded to put her away privily.20 But while he thought on these things, behold, the angel of the Lord appeared unto him in a dream, saying, Joseph, thou son of David, fear not to take unto thee Mary thy wife: for that which is conceived in her is of the Holy Ghost.
21 And she shall bring forth a son, and thou shalt call his name JESUS: for he shall save his people from their sins.
22 Now all this was done, that it might be fulfilled which was spoken of the Lord by the prophet, saying,
23 Behold, a virgin shall be with child, and shall bring forth a son, and they shall call his name Emmanuel, which being interpreted is, God with us.
24 Then Joseph being raised from sleep did as the angel of the Lord had bidden him, and took unto him his wife:
25 And knew her not till she had brought forth her firstborn son: and he called his name JESUS.