Are You The One? 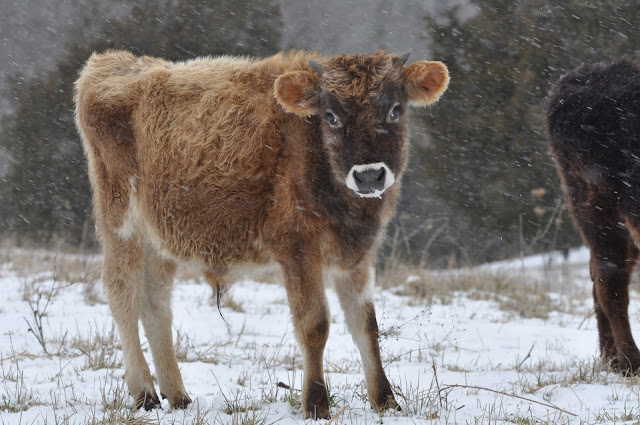 I’ve taken many photographs of cows over the years. 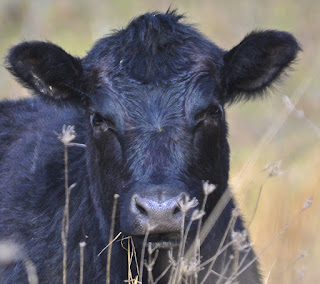 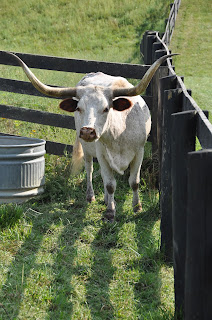 There is something about cows that fascinate me. 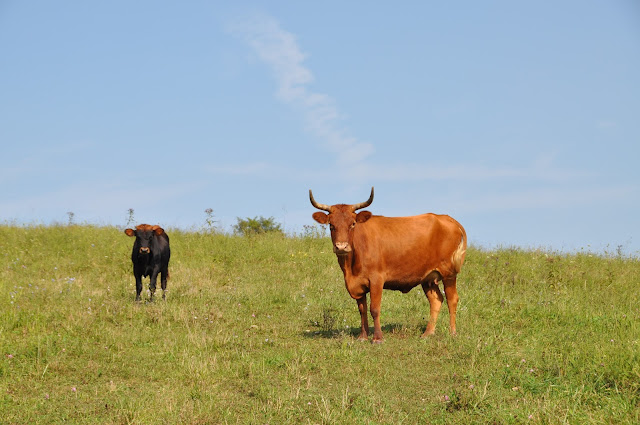 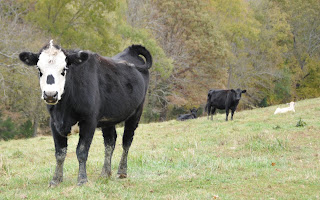 it's their face that draws me - they stare deep into your eyes - it's almost mystical. 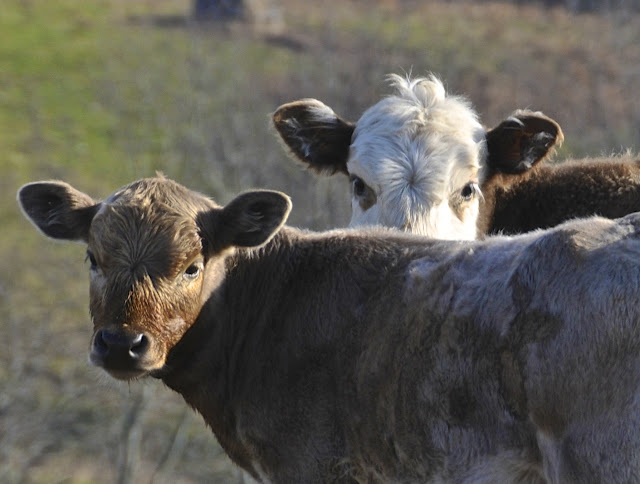 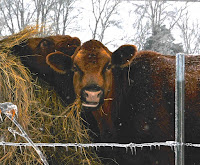 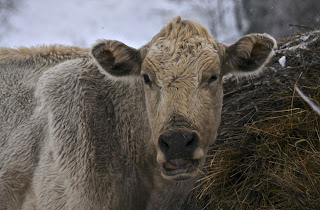 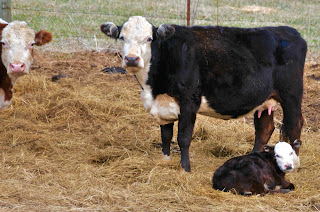 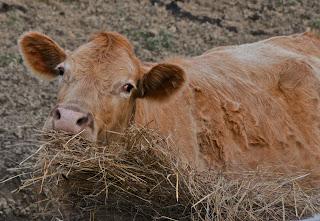 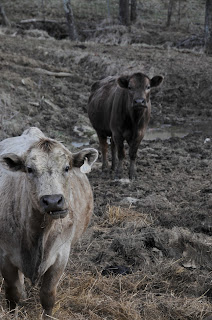 While in Ireland earlier this month, I had Seraphim stop the car so that I could take a picture of this cow. 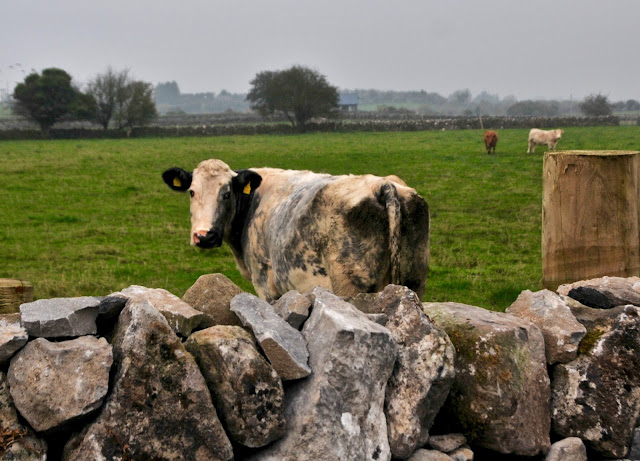 As I approached her, she turned toward me and stared.

Fr. Gabriel Harty, the Rosary Priest (and our dearest friend), looked at the photo and said,

“the Cows in the field are part of that creation waiting in expectation.  It is a bit fanciful, but I heard a preacher once use it to express the profound truth that Paul expounds in the Letter to the Romans, chapter 8. Here is the text:

Scripture scholars say that the sin of Adam and Eve, brought a curse on all the earth---even the beasts of the field,---  thorns and thistles to be brought forth.  The blood of Christ flowed out to wash not only human nature but to restore all creation.

The children of God, the text says, have to reveal the new creation to all waiting in expectation.  The preacher I listened to said that is why the cows come up and look into our faces and wonder if we might not be the one to set them free from the bondage of decay.  They look at you wondering, “Are you the one?” 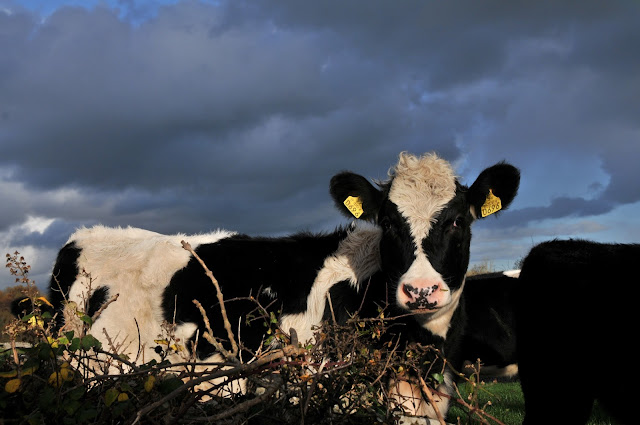 At the Offertory of the Roman Mass it is said: “Blessed are you Lord of all creation, we not only lift up the bread and wine for transformation, but we lift up the whole realm of nature that it may share in the freedom and the glory of the children of God.”

In that sense we are all a priestly people. When I walk through the fields or pray the Rosary in our garden, I look around me at the splendour of nature and make an offering of it all to the Father in heaven.”   I was deeply touched by Fr. Gabriel's teaching.

Later in the week, I was taking a photo of the Holy Mountain, Croagh Patrick, from the road. 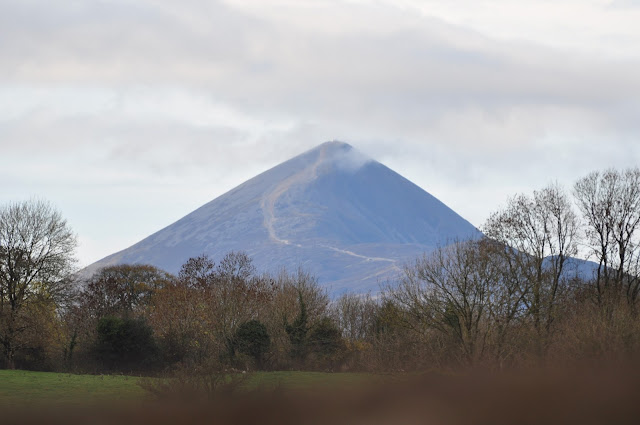 As I began to take the photo, this donkey began to come closer and closer. 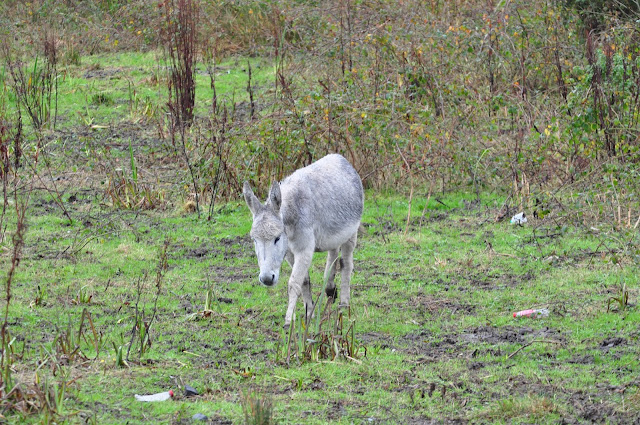 Finally he was right in front of me. 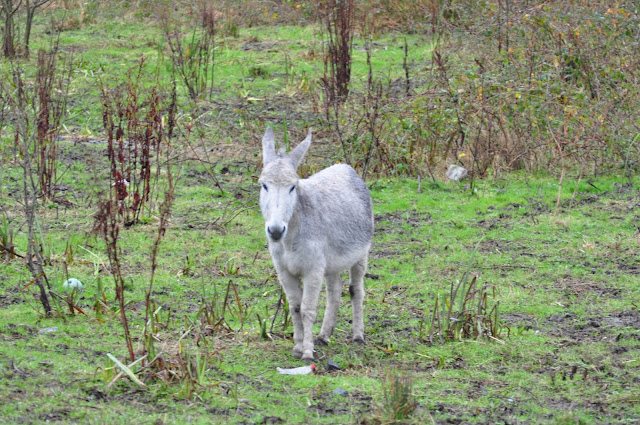 He pensively stared at me so I said to him “What? Do you think I am the one?”
The donkey began to bray at me! 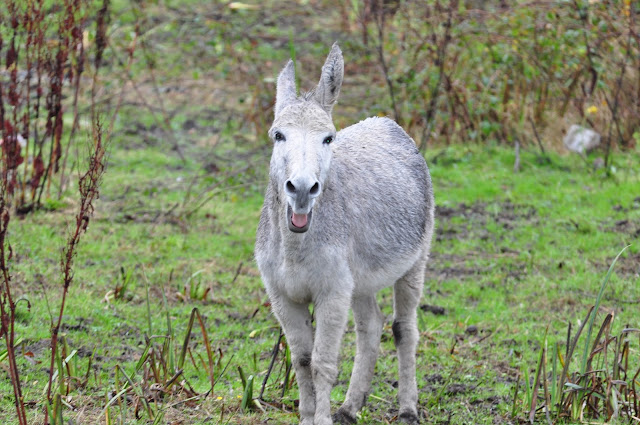