As Ebola looms tall, shadowing over Sierra Leone, it compels us to zero in on the disease and the horrific devastation that those who come in contact with it experience.    Facebook, Google, Unicef - many are doing all they can to get help to where it is needed.  Its a slow go.  Funds aren't released quickly or sufficiently, miscommunication,  delays, diversions,  red-tape - all represent obstructions hindering action in the war against ebola.  People of the world have and are giving, its a matter of using that money efficiently and properly to put Ebola down for good.  NHA is praying for those whose job it is to see to it that everything is coordinated, purchased, covered and used properly from the funding received. It is a difficult task.   This means that Ebola Caregivers need to be paid the salaries promised,  people in Quarantine need to be provided for,  Hospital Supplies must be distributed to where they are designated.  Right now, there is a lot of administrative debris hampering the flow of successful implementation.  There is no one entity to point a finger at, its a combination of obstacles.    The trouble is, these hinderances prevent those in need from receiving what is required to simply survive.


There is that saying "You can't see the forest for the trees".  NHA has contended with one hurdle after another in our effort to get the Hospital Supply shipped to Sierra Leone.  With every barrier we jump over, another fence shows up - within the US and Sierra Leone.   Therefore it is time for us to step back and take a look at the Big Picture. When you look at the big picture you see Ebola and its immediate victims but you also see the victims that aren't sick.   Sierra Leoneans are a friendly, loving people.  They normally greet each other with handshakes and hugs -but not since Ebola.   They are a social people, yet Ebola has forced them to hide into their homes, they are unable to go to their churches or mosques.   Employers are forced to close their businesses, schools are shut down.  Employment is scarce.  Food and Provision even scarcer.

The NHA Director and Headmaster of our school in Kabala, James Mansaray, reports that he can't keep up with the people who are hungry with no opportunities to find work or buy food.   He's been trying to give work to some of the laborers so they can provide for their families but more and more are simply asking for food.  "We need food."

NHA has always been about the hand to hand contact of giving.  Its the way we do things.  When Jesus had his disciples feed the multitude he had them do it hand to hand.  He didn't have them deal with Governments,  Warehouses or through various Committees or Agencies.   He handed it to them. This is the one way NHA always makes the biggest impact, without fail.  The personal, intimate, face to face, heart to heart, smile to smile, eye to eye method of contact.  So as we step back to look at the broader picture, and until we have a clear picture of how to proceed,  we are responding by doing what we always do.  We pray.  And in those prayers we hear these words, "Do you love me? ...Feed my sheep." -John 21:17

The degree of deterioration of health, strength and livelihood within the area NHA serves in Kabala due to hunger in the wake of the destructive path of ebola can no longer be ignored.   This morning NHA through the hands of James, distributed rice to 43 families!

Some picked up at the compound and others he took it to them. 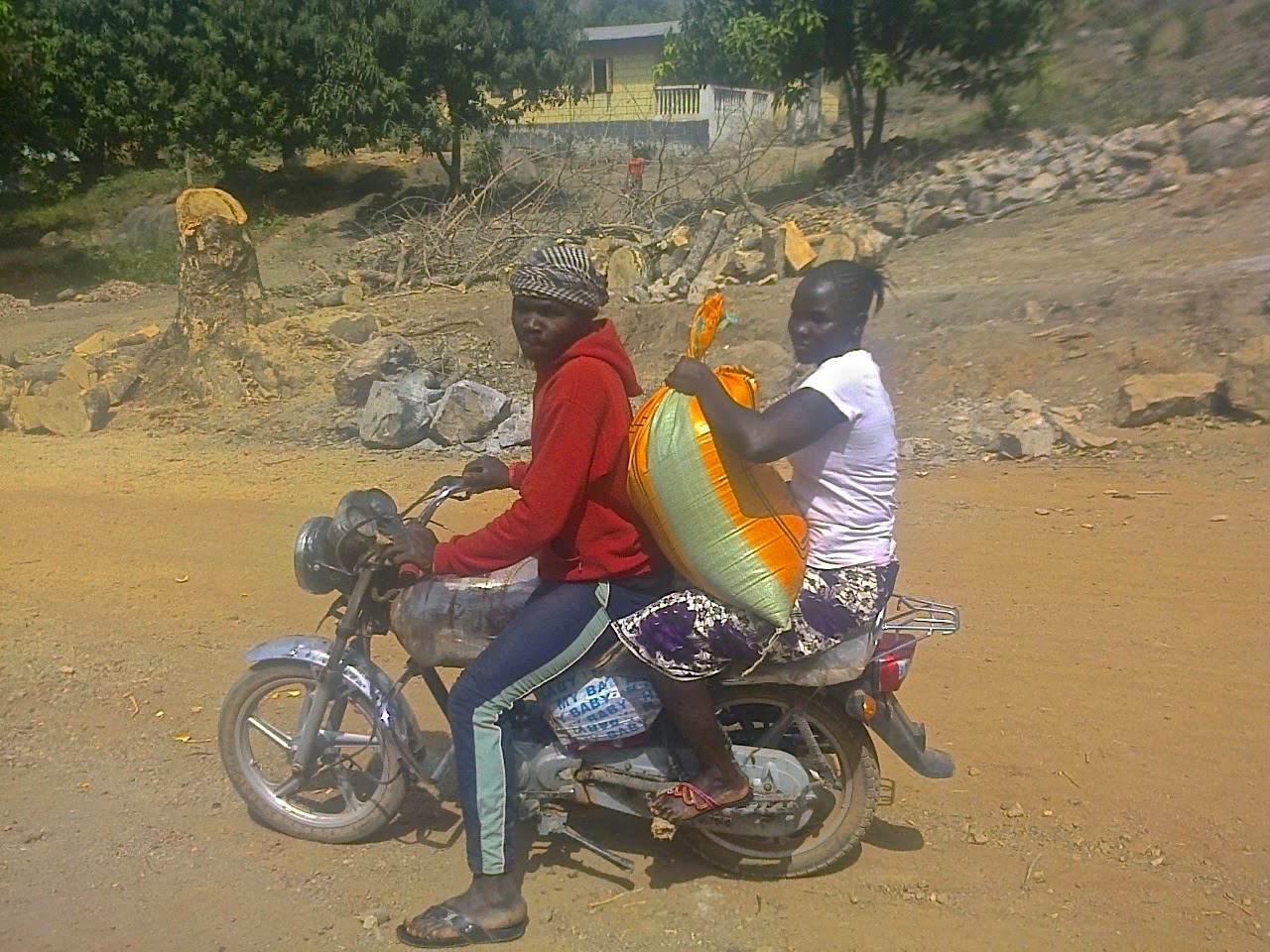 Each person in this photo represents a separate family receiving rice. 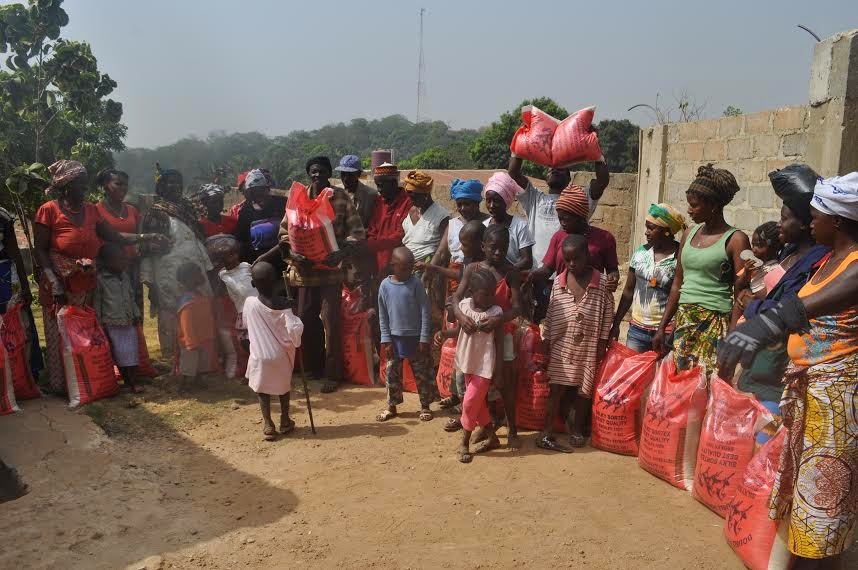 In one engaging simple action, the NHA Compound neighbors that came to fetch their bags of sustenance confirmed we ARE doing the right thing.  Before they would accept or touch the bags of rice - they stopped and gave glory and thanks to God for His provision. 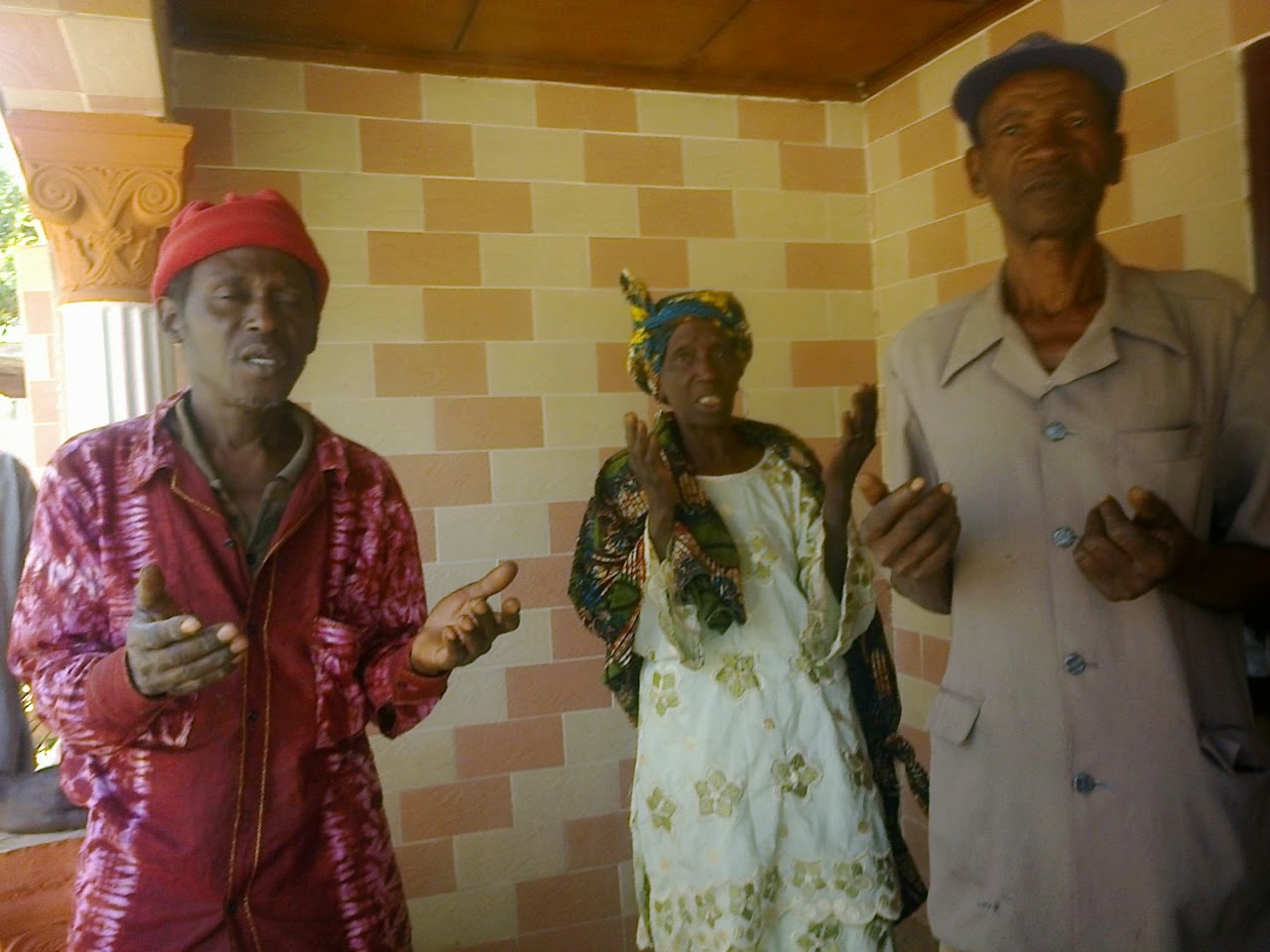 James said that it brought tears to his eyes.  Hungry as they were, God received thanks first, then they gathered bags of rice and went home to cook.   What's even more beautiful, is that this group of people praying together, thanking God together, are a mixture of Christians and Muslims.  Knowing there are differences between them but no divisions amongst them, they gave thanks to their Creator.   Oh! but if the rest of the world could have such unity under God. 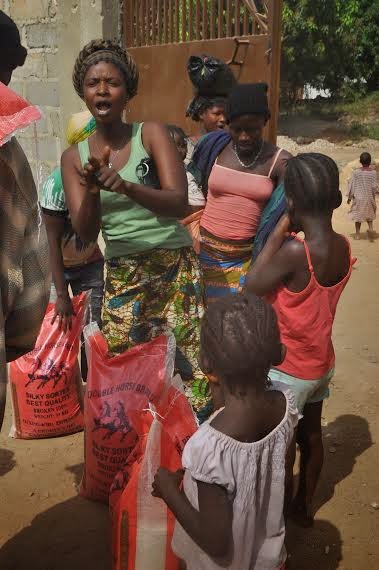 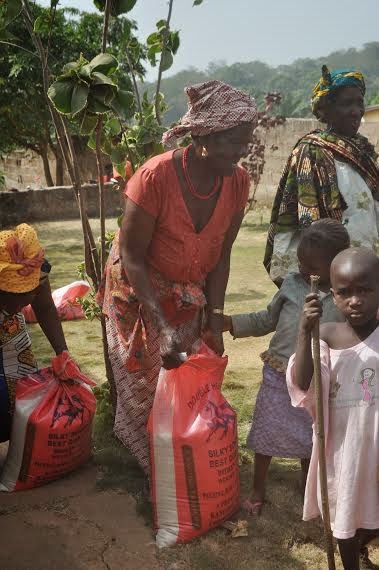 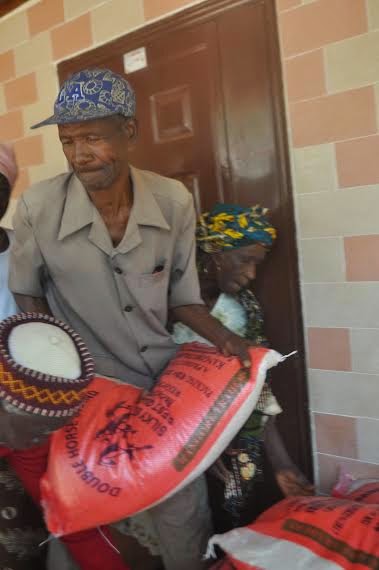 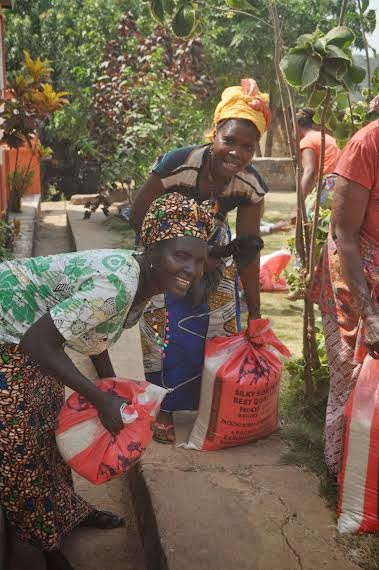 Tonight many families will be able to eat a real meal. 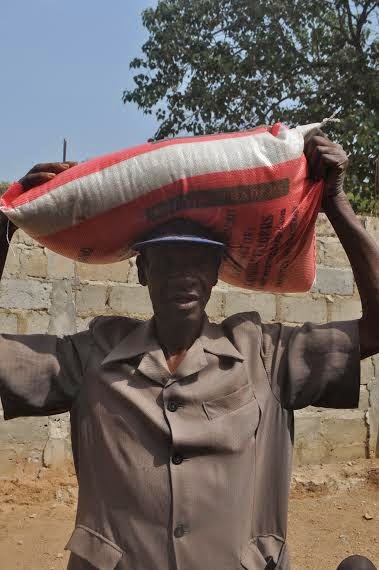 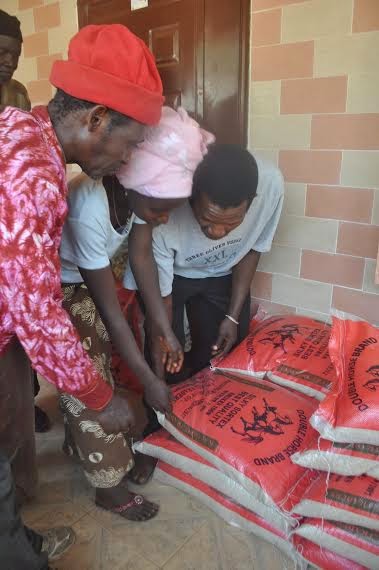 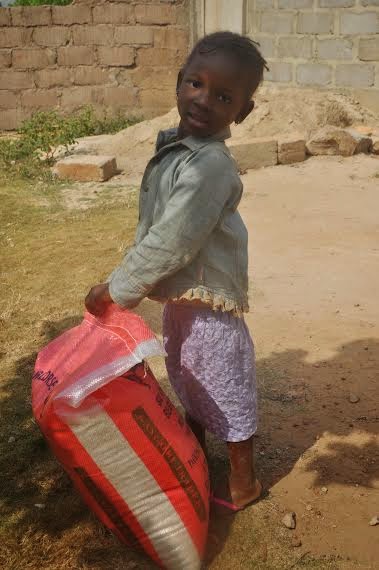 Thank you all for the compassion and support and for being there for the people of Kabala.   God bless you all.    -Stay tuned... NHA has only begun its Ebola response. 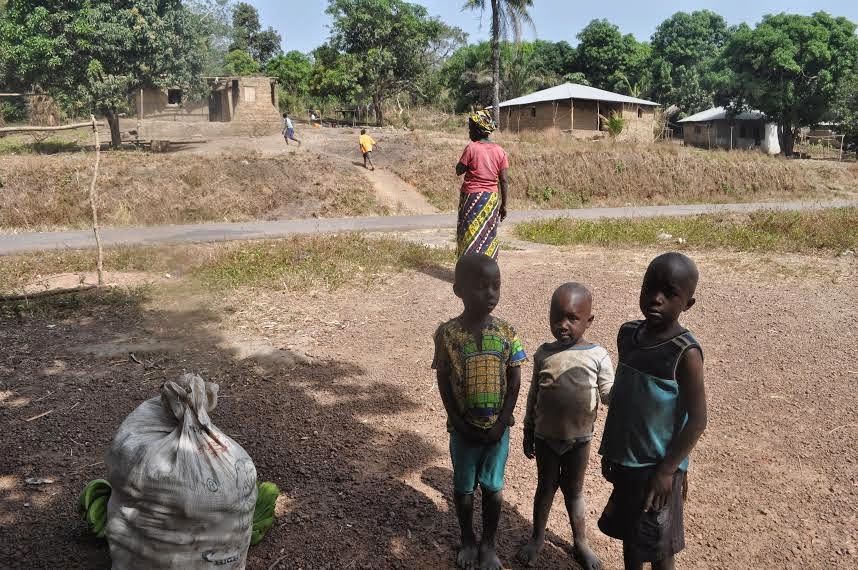 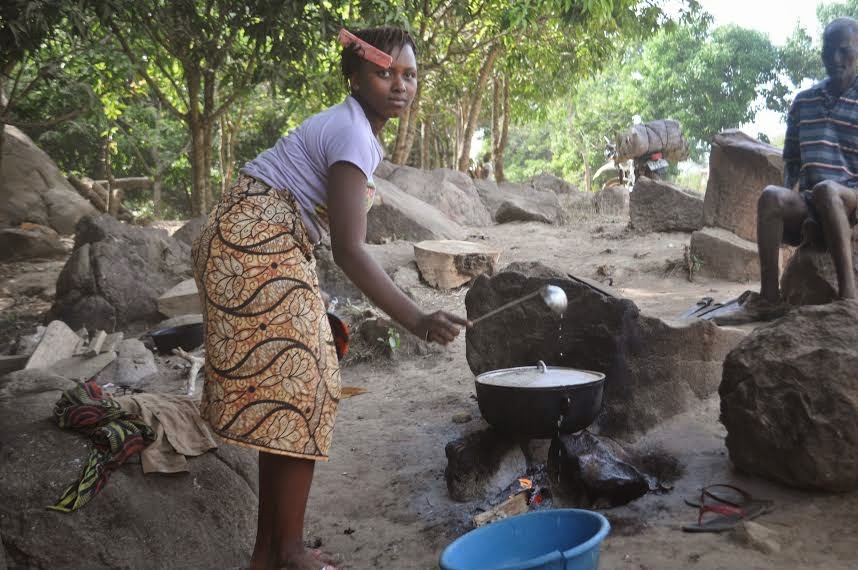 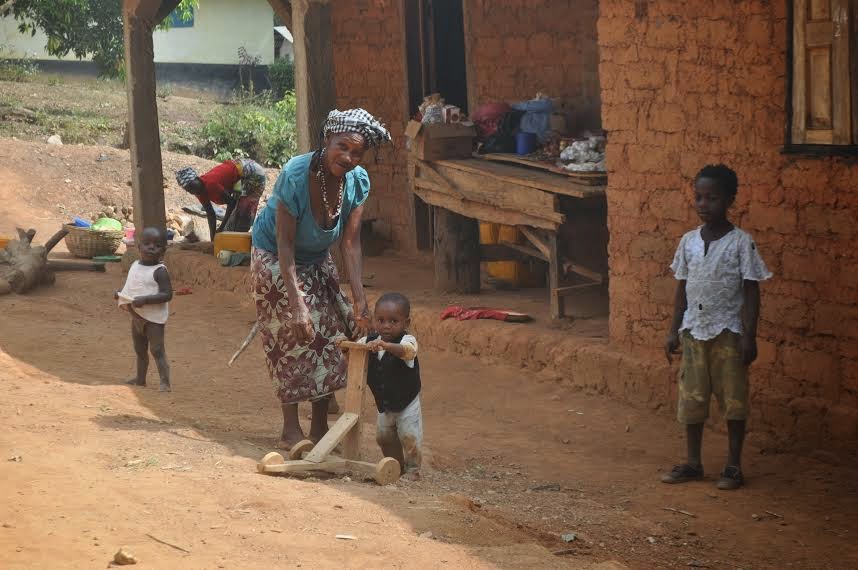